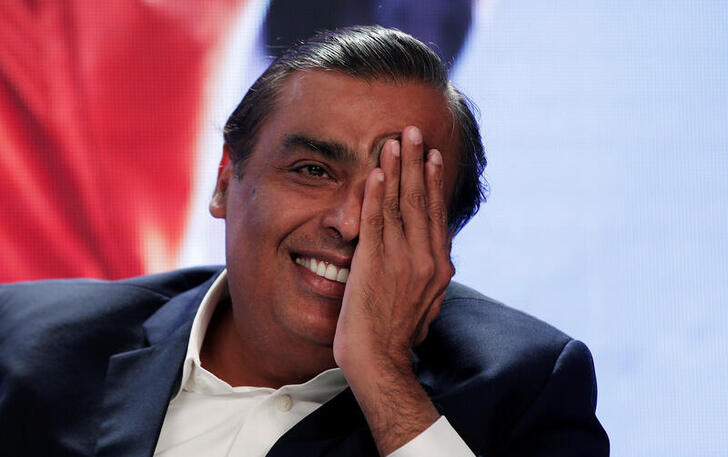 Reliance Industries reflects India’s recovery, but only like one of those flattering mirrors in a shop changing room. Activity ticked up at all the main business units of the $185 billion conglomerate as consumers in the world’s fifth-largest economy emerged from a long lockdown. It shows an encouraging picture, albeit one distorted by some financial engineering by boss Mukesh Ambani.

The company’s top line grew 7.4% in the fourth quarter to 1.4 trillion rupees ($18.9 billion) from the previous three months. Revenue at the fashion and lifestyle business is back up to pre-pandemic levels. Electronics stores enjoyed strong festive sales. And its four-year-old telecom service now counts more than 400 million subscribers, with average revenue per user rising, too. Reliance’s consumer businesses account for half of EBITDA, up from 37% a year earlier. Elsewhere, demand for its oil products was back to normal in December.

Covid-19 has taken its toll, however, on India’s biggest company by market value. Overall sales remain about one-fifth lower than a year earlier. Although shoppers venturing out are spending more, fewer of them are going into Reliance’s 12,000-odd retail stores: overall footfall sits at 75% of pre-Covid-19 levels, and only 50% at mall outlets as people avoid large air-conditioned environments. The company also has been targeted by disgruntled farmers protesting government efforts to update an antiquated agricultural policy, which has forced some shop closures in states near New Delhi.

Notwithstanding these problems, Reliance’s net profit grew some 40% from the previous quarter and was 26% higher than a year earlier. Ambani has paid down the company’s debt using some of the $27 billion in proceeds he raised last year from selling stakes in his digital and retail businesses to Facebook, Alphabet’s Google and others. That has helped lower interest costs by double digits, boosting the bottom line.

Another lift may be on the way. Ambani is offering all-in-one packages comprising connectivity, website creation, and Microsoft products for small and medium-sized businesses. And its rollout of fibre broadband to homes is picking up pace. It also plans to generate more money from digital customers by selling advertising on its television set-top boxes. Despite being something of an economic bellwether, Reliance’s recovery may keep outpacing India’s.

India’s Reliance Industries on Jan. 22 reported a 26% year-on-year rise in net profit to about 149 billion rupees ($2 billion) for the three months to Dec. 31. Revenue fell nearly 19% to 1.4 trillion rupees over the same period.

Mukesh Ambani, chairman and managing firector of Reliance Industries, gestures as he answers a question during a media interaction in New Delhi, India, June 15, 2017.

India’s Reliance Industries on Jan. 22 reported a 26% year-on-year rise in net profit to about 149 billion rupees ($2 billion) for the three months to Dec. 31. Revenue fell nearly 19% to 1.4 trillion rupees over the same period.