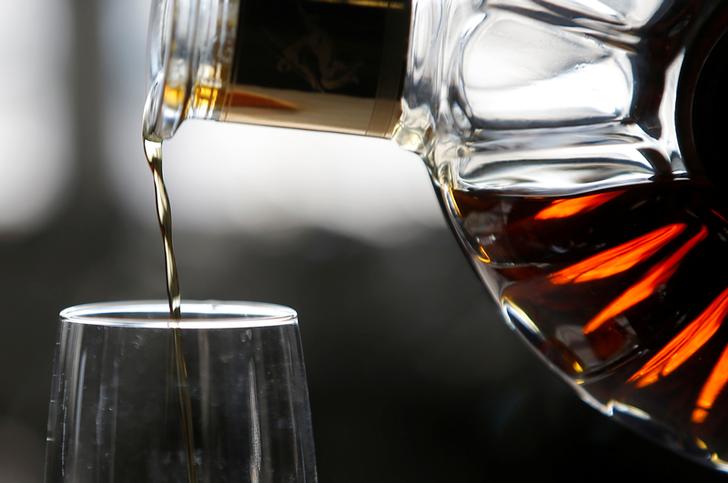 The Cointreau maker’s shares are up over 40% this year while rivals have struggled. The main difference: it’s more exposed to China, whose economy is dealing with Covid-19 better. Yet its valuation premium doesn’t leave much space for geopolitical surprises.

A man pours Cognac into a glass at the Remy Martin factory in Cognac, France, November 21, 2018.

Remy Cointreau’s sales, excluding the effect of mergers and acquisitions or exchange rate moves, fell 16% year-on-year in the six months to September to 431 million euros, the Cognac maker said on Oct. 20.

The 7.8 billion euro French distiller didn’t disclose profit data for the period. But it said that because of a more favourable geographical mix than expected, it forecast organic operating profit in the six months to September to be down 25% to 30% year-on-year, rather than a 35% to 40% decline expected previously.

During the current six-month period, Remy said it should continue to benefit from a strong recovery buoyed by the United States and China.