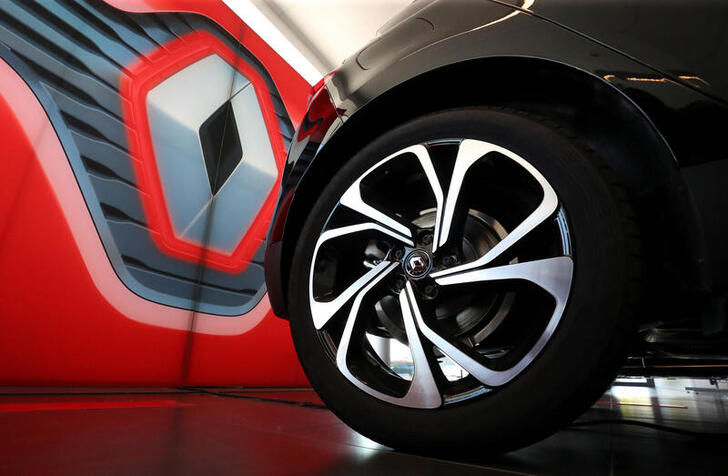 Strong pricing means the French carmaker now forecasts positive free cash flow for the second half of 2020. But German rival Daimler’s greater Chinese presence means its operating profit for the year will be level with 2019. Worse, Renault doesn’t even look particularly cheap.

A Renault car is seen in a show room at a Renault carmaker dealer, amid the coronavirus disease (COVID-19) outbreak in Sint-Pieters-Leeuw, Belgium May 29, 2020.

French carmaker Renault announced an 8.2% year-on-year fall in third-quarter revenues to 10.4 billion euros during the first months of its turnaround under new boss Luca de Meo.

The company said in a trading update on Oct. 23 that it had taken market-share in Europe during the period, helped in part by sales of its electric Zoe vehicle which rose by 150% year-on-year. It added that sales in its automotive division had been dented by lower volumes but benefited from a higher pricing effect - a key plank of De Meo's new strategy.

Renault, which posted a record net loss of over 7 billion euros in the first half of the year, has also pledged to make 2 billion euros in cost cuts by 2022 compared with its cost base in 2019.

Separately, German automaker Daimler raised its 2020 profit outlook on Oct. 23 partly thanks to a 18% year-on-year jump in China sales during the third quarter.

The car and truck maker said it now expected full-year earnings before interest and taxes (EBIT) to reach prior-year levels, compared with the previous expectation of a drop.