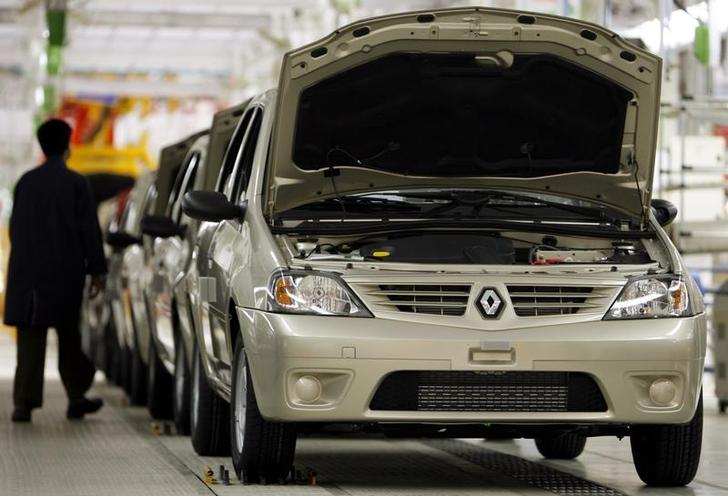 Reports that the carmaker’s offices were searched by investigators knocked the shares. Renault says no signs of emissions-masking devices have been found. Unlike VW, it does not sell cars in the U.S. But it still shares a problem with its German rival: a lack of investor trust.

New Logan cars get ready to roll out from India's Mahindra & Mahindra's plant in Nashik.

Shares in French carmaker Renault lost up to 23 percent of their value on Jan. 14 after labour union officials said the company’s offices had been searched, prompting Renault to issue a statement confirming the inspections.

The carmaker said investigators had inspected three of its sites in an emissions probe, and pointed out that investigations to date had found “no evidence of a defeat device equipping Renault vehicles”. Defeat devices can be used to manipulate vehicle emissions test results.

After Renault’s statement, shares recovered half of their losses but were still down 8.9 percent at 78.9 euros at 1331 GMT.

Volkswagen last year admitted to using defeat devices to conceal the level of toxic emissions from some of its diesel vehicles in the United States. It faces billions of dollars in claims from owners of vehicles with similar software installed around the world.