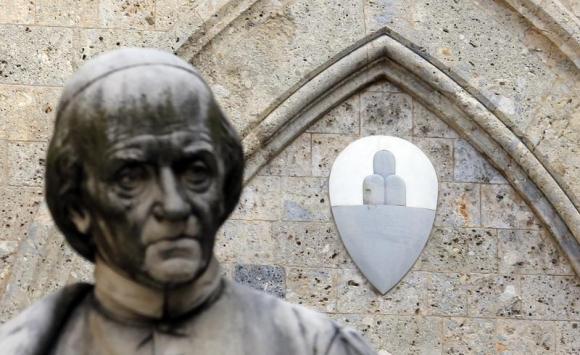 Matteo Renzi can kill two birds with one stone. Fresh from his controversial labour reforms, the Italian prime minister plans to change banking legislation that assigns equal voting rights to shareholders in Italy’s mutual bank sector. It could enable Italian banking competition and address a perennial headache – what to do with Banca Monte dei Paschi di Siena.

One shareholder one vote is not a universally bad model, but sits oddly with the larger mutuals, such as UBI Banca and Banca Popolare. These are listed entities, but power still resides with local interests as the current rule gives the same voting rights to big economic shareholders as small ones. Vested interests can block vital strategic changes or encourage bad lending. The International Monetary Fund reckons mutuals accounted for half the capital needs in Italy’s 2013 bank stress tests, despite only making up 14 percent of banking assets.

The mutuals have resisted change, yet two factors may force the government’s hand. One is Italy’s sickly economy, which has impaired the banks’ business model and their ability to lend. The other is Monte dei Paschi, which needs to raise up to 2.5 billion euros after failing the European stress tests, but even then would lack scale. Investors might be more willing to support Italy’s third-largest bank if it was part of a bigger group: MPS might then be more stable and profitable. But selling a listed bank to a mutual, the only real option, would be bad PR.

Taking out one shareholder one vote – at least for the listed banks – could open the door to a merger between MPS and one of the larger mutuals, like UBI. The merged entity would have a 12 percent share of domestic loans and deliver synergies of 600 million euros, Exane BNP reckons. Several more deals could become feasible. There’s plenty of upside: Banca Popolare di Milano trades at just 0.5 times tangible book value, according to Nomura, despite a healthy common core Tier 1 ratio of 11 percent.

Reform is likely to be bitterly opposed. Consolidation may mean healthier banks, but initially also cost jobs, and leave Italy’s banks vulnerable to foreign takeover. But for Renzi, banking reform is a golden opportunity to prove he is serious about changing Italy.

The Italian government will on Jan. 20 present a series of reforms for Italy’s cooperative banks, Il Sole 24 Ore said on Jan. 17. The reform will abolish the one shareholder one vote system of governance used by Italy’s popolari lenders, Il Sole wrote.

The Italian government will on Jan. 20 present a series of reforms for Italy’s cooperative banks, Il Sole 24 Ore said on Jan. 17. The reform will abolish the one shareholder one vote system of governance used by Italy’s popolari lenders, Il Sole wrote.