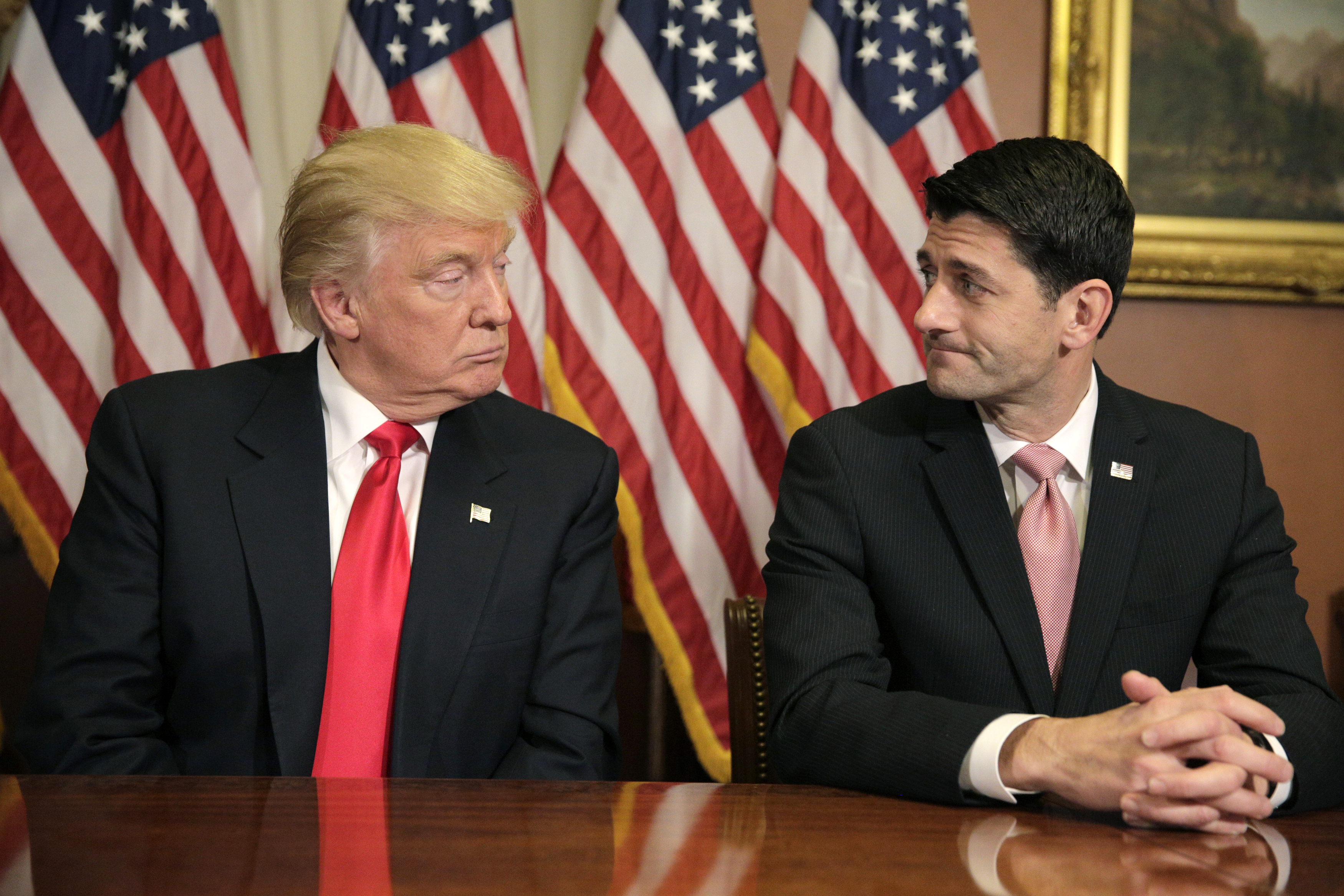 A giddy GOP looks set to pass a budget resolution to pave the way for a tax overhaul that the House aims to approve by Thanksgiving. Members haven’t solved their deficit dilemma, though, and President Trump has shot down potential revenue raisers. The hard work is just beginning.

The U.S. House of Representatives is scheduled to vote Oct. 26 on a Senate budget resolution that allows Congress to move on to tax reform. The bill would allow revisions to the tax code to add $1.5 trillion to the federal budget deficit over 10 years. The original House resolution did not allow for any expansion of the deficit. House Speaker Paul Ryan said on Oct. 24 that the House aims to pass a tax-reform bill the week of Thanksgiving, which is Nov. 23.

Separately on Oct. 24, President Donald Trump again engaged in a Twitter feud with fellow Republican Senator Bob Corker. “Bob Corker, who helped President O give us the bad Iran Deal & couldn't get elected dog catcher in Tennessee, is now fighting Tax Cuts...”, the president tweeted. He made his comments hours before he was due to have lunch with Senate Republicans on tax reform. Corker responded by tweeting: “Same untruths from an utterly untruthful president. #AlertTheDaycareStaff.”