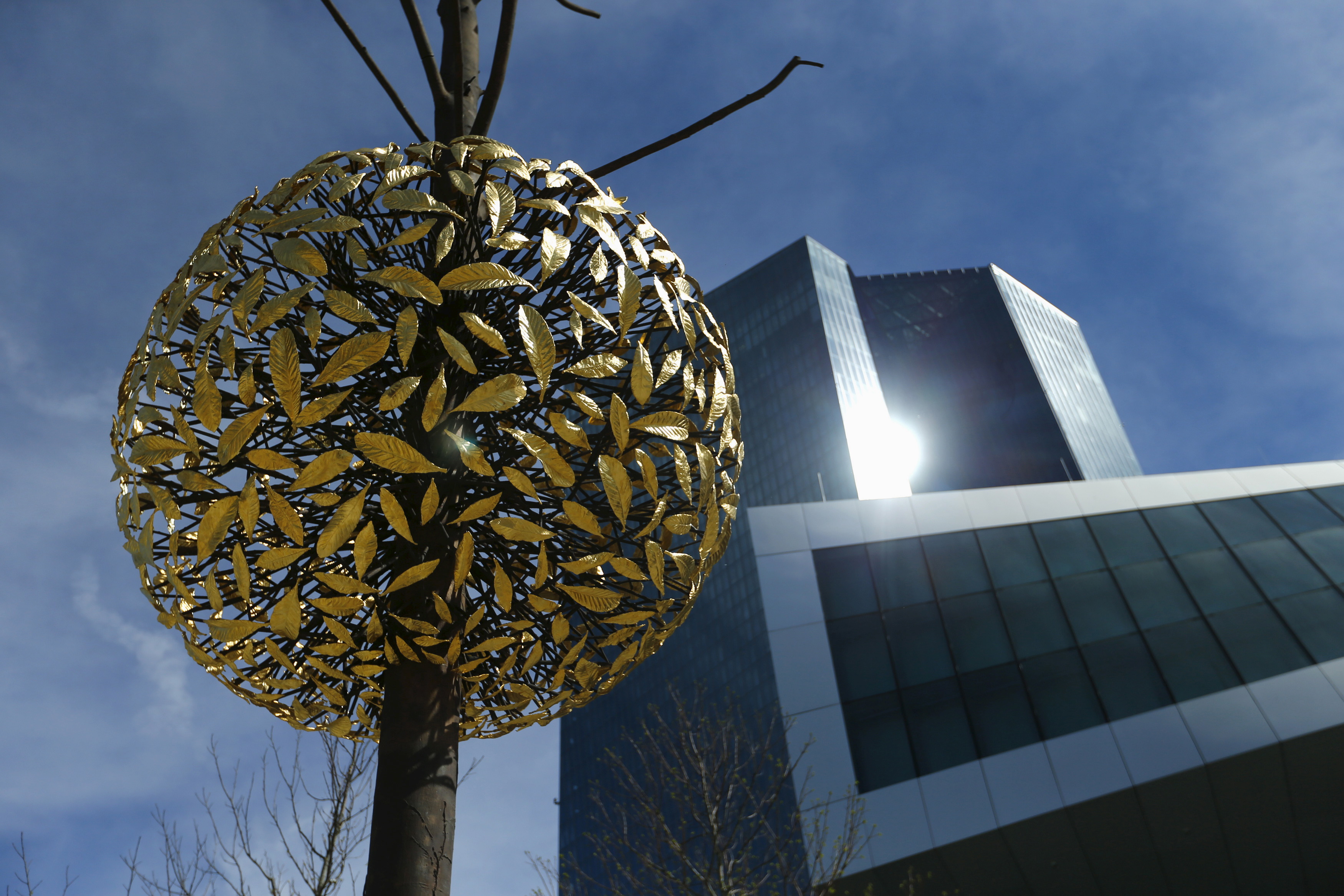 Sub-zero rates are forcing those who manage central bank war chests to invest in riskier, less liquid assets, a new survey shows. Venturing out of their comfort zone could make these closely-watched investors twitchier. Bad news given their outsize influence on market sentiment.

An installation "Gravity and Growth" by Giuseppe Penone is pictured outside the European Central Bank (ECB) headquarters in Frankfurt, Germany April 21, 2016.

Three-quarters said they had taken steps in the past year to change the composition of their portfolio, according to the poll. Some of these respondents mentioned the addition of new asset classes, active investment in these asset classes, geographical diversification, and moves into new sectors, notably emerging market countries, the survey said.