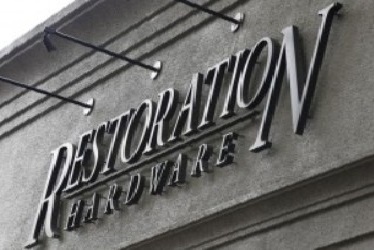 It has become something of a tradition for American companies to concoct ever more fanciful excuses for missing their profit targets. In recent years, firms have graduated from bad weather and currency shifts to icy roads and even Russian President Vladimir Putin to explain their failures. Fancy furniture peddler Restoration Hardware is proffering a novel addition to the pantheon: stock-market jitters.

Partly because its affluent customers saw their wealth decline along with the S&P 500 Index’s 5 percent rout in January, Restoration said it expects net income to decline to $33.8 million in the three months ended in January, from $42.5 million a year earlier. Revenue is expected to rise to $647 million from $583 million, falling short of analyst estimates of $711 million. Restoration’s shares fell over 23 percent – knocking $500 million off its market capitalization – the worst decline since going public in 2012.

Given the high prices of Restoration products, it may not be entirely far-fetched to believe its sales have some sensitivity to the wealth effect, a term economists use to describe the rising consumer sentiment that tends to accompany increases in asset prices. Abrupt declines should then, in theory, give shoppers pause on big-ticket spending. Yet Restoration’s mass-market rivals Home Depot and Lowe’s both reported better-than-expected sales in their quarters ended in January.

But Restoration’s explanation was more kitchen sink than sharp insight into the company’s highfalutin client base. In addition to stock prices falling, Chief Executive Gary Friedman blamed shipping delays, weak demand in certain regions due to the drop in oil prices and higher discounting for the miss. That might be easier to accept if the company hadn’t already been struggling. Its shares were down 20 percent from the start of fiscal year 2015 through the end of December.

In signing off on his litany of excuses to shareholders, Friedman added a hopeful “carpe diem,” exhorting customers to seize the day and buy that $20,000 couch. If Restoration customers are indeed that exposed to, and optimistic about, the stock market’s prospects, call options on the company would be a better use of their money than the couch.

In the preliminary earnings release, Restoration Hardware CEO Gary Friedman also said that recent volatility in the U.S. stock markets led to lower sales to its high-end customers. “Our sense is the increased volatility in the U.S. stock markets, especially the extreme conditions in January, which is historically our biggest month of the quarter for furniture sales, contributed to our performance. Historically, our business has a correlation to large movements in stock prices as we believe asset valuations influence our customers’ buying patterns.”

The company expects to release Q4 earnings on March 23.