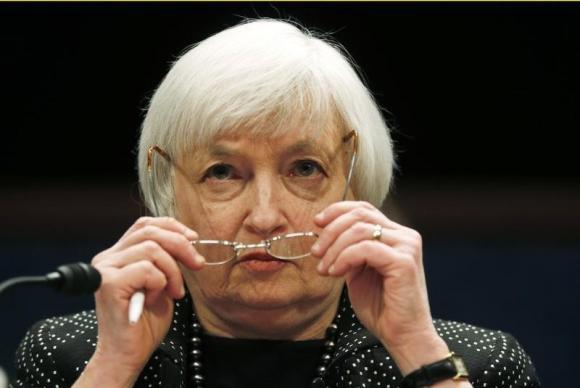 Comments by U.S. Federal Reserve officials have fuelled expectations of an earlier rate hike. That could put renewed pressure on emerging market currencies and capital flows. Fears about China’s slowdown are also due for a comeback. Investors should brace for a stormy summer.

US Federal Reserve Chair Janet Yellen testifies before a House Financial Services Committee hearing to receive the semi-annual report on Monetary Policy and State of the Economy, on Capitol Hill in Washington February 25, 2015.

John Williams, San Francisco Federal Reserve president, said on May 23 that the Fed was on track to raise interest rates in June or July with more to follow in 2017.

U.S. Treasury Secretary Jack Lew said on May 20 that the Group of Seven leading developed nations needed to discuss what tools they had available to deal with the risks facing the global economy, according to Reuters.

William Dudley, New York Federal Reserve president, said on May 19 that many conditions were in place to warrant a rate hike in June or July.

On May 14, the People’s Bank of China said that new loans had increased in April by 900 billion yuan ($138 billion) if new bonds to refinance debt were included. Analysts estimated that total credit growth had increased by 17 percent year on year in the first four months of 2016 after adjusting for the bonds.