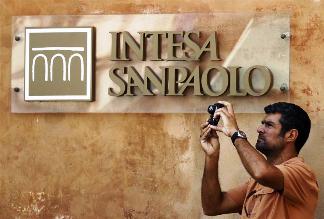 With wholesale markets closed, euro zone lenders are hoping to sell more bonds to retail customers. But the overall stock of savings is flat at best, so the drive may just shift cash around the banking system. Then lenders will end up paying more for the same balances.

Intesa Sanpaolo raised 25 billion euros from retail bonds in the first 10 months of 2011, more than the 22 billion euros of wholesale and retail bonds maturing next year, the Italian lender told investors on Nov. 8.
BNP Paribas raised 43 billion euros in medium and long-term funding by the end of October, with 17 percent coming from its retail network, compared to 9 percent in 2010.
BNP said it could raise the additional 20 billion euros it needs in 2012 through private placements and bonds sold to its retail customers.
Frederic Oudea, Societe Generale’s chief executive, told reporters on Sept. 12 that it had raised 41 percent of its 26 billion euro long-term bond issuance by selling structured notes to retail clients.
Credit Agricole’s chief executive, Jean-Paul Chifflet, told a Paris conference on Sept. 28 its 5 billion euro 2011 retail funding plan was ahead of schedule.
The OECD predicted in June that France’s gross household savings rate would dip from 16.2 percent in 2009 to 15.3 percent in 2012, and that Italy’s net savings rate would fall from 7.1 percent to 5.7 percent over the same period.