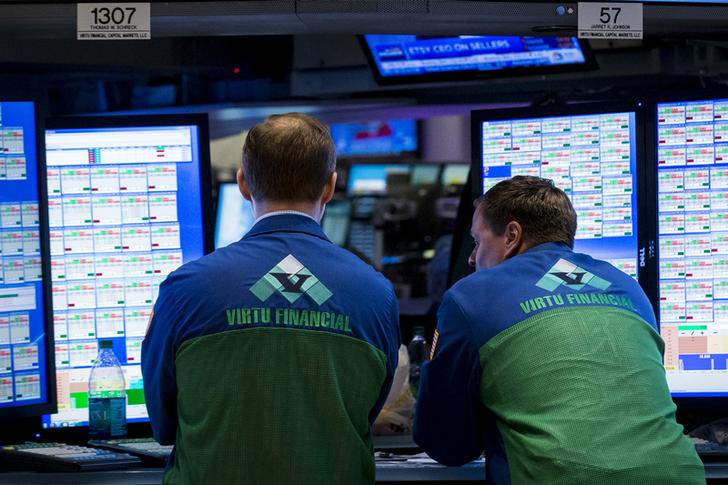 An age-old investment platitude advocates finding the companies selling shovels in a gold rush. For the recent retail-trading frenzy, the most obvious candidates are marketplace middlemen like privately held Citadel Securities and listed rival Virtu Financial. Yet appearances can be deceptive.

Virtu’s full-year results, released on Thursday, underline the bull case for high-frequency trading firms. Revenue in its market-making division more than doubled year-on-year to $2.6 billion. That unit rapidly buys and sells shares through orders from brokers like Robinhood, profiting from differences in the bid and ask price. When retail traders pour cash into the market and volatility rises, as has happened in the United States during lockdowns, Virtu and its competitors get the double benefit of higher volumes and wider bid-ask spreads.

It’s arguably surprising then that the company isn’t getting much credit from its own investors for the boom, which continued into 2021 when Reddit-using punters bid up the price of GameStop and other widely shorted stocks. Virtu, whose controlling shareholder Vincent Viola was in 2016 nominated by then-President-elect Donald Trump as secretary of the army, is worth almost $6 billion. That’s roughly double its value in January 2020, but still less than its mid-2018 market capitalisation, Refinitiv data shows. The company trades at a miserable 5 times last year’s earnings – lower even than highly regulated banks like Citigroup.

One explanation is that investors think the recent boom will quickly subside. Retail traders burned by the GameStop saga may steer clear in future. The unpredictability of high-frequency traders’ earnings, which can vary hugely from quarter to quarter, is another reason for a discount. It’s also possible that fierce competition for orders between the market makers will drag down margins. Analysts expect Virtu’s EBITDA margin to contract by around 20 percentage points over the next two years, Refinitiv data show.

More worryingly, regulators may spoil the party. Market makers’ practice of paying brokers for orders has historically drawn criticism from U.S. lawmakers, even though it often seems to deliver lower prices for customers. The recent GameStop saga could make them finally clamp down on it, limiting the middlemen’s preferential access to trades. And any backlash against leveraged retail speculation could hurt volumes. The market makers’ spoils from the gold rush may only be fleeting.

The company’s market-making business, which rapidly buys and sells equities and other securities, generated almost $2.6 billion of revenue in 2020, compared with just over $1 billion in 2019.

Specialist traders work at a Virtu Financial booth on the floor of the New York Stock Exchange April 16, 2015.

The company’s market-making business, which rapidly buys and sells equities and other securities, generated almost $2.6 billion of revenue in 2020, compared with just over $1 billion in 2019.