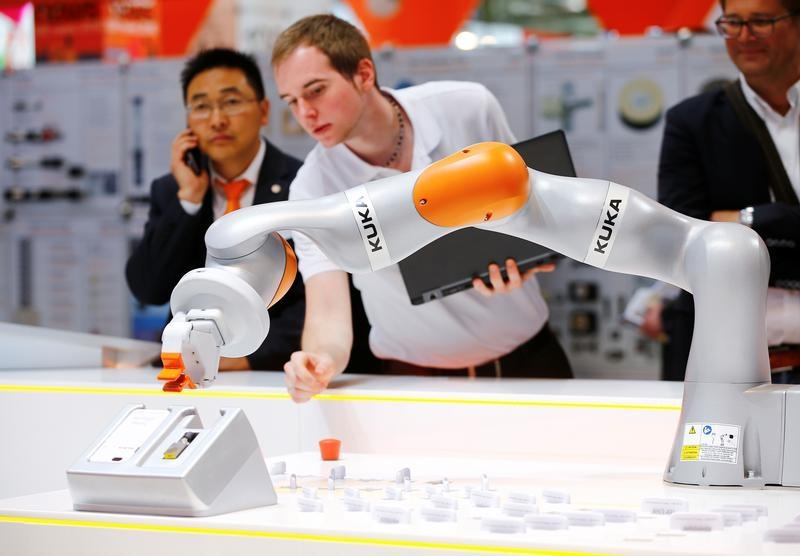 The Chinese appliance maker has spent about 3.3 bln euros on a majority stake in Kuka, while promising not to touch workers and management. The financial rewards look slim. Even if the German robot maker meets its targets, Midea’s return on investment by 2020 will be just 5 pct.

Shares in China's Midea hit a record high on July 15 after the home appliance group said it was increasing its stake in Kuka as part of a takeover offer that values the German robotics maker at 4.5 billion euros ($5 billion).

The Chinese firm said on July 14 that Kuka shareholders had tendered 25.01 million shares in response to its offer, equivalent to 62.88 percent of the company. Midea already had a 13.51 percent stake in the company, lifting its total shareholding to 76.38 percent. The takeover offer expired at midnight on July 15.