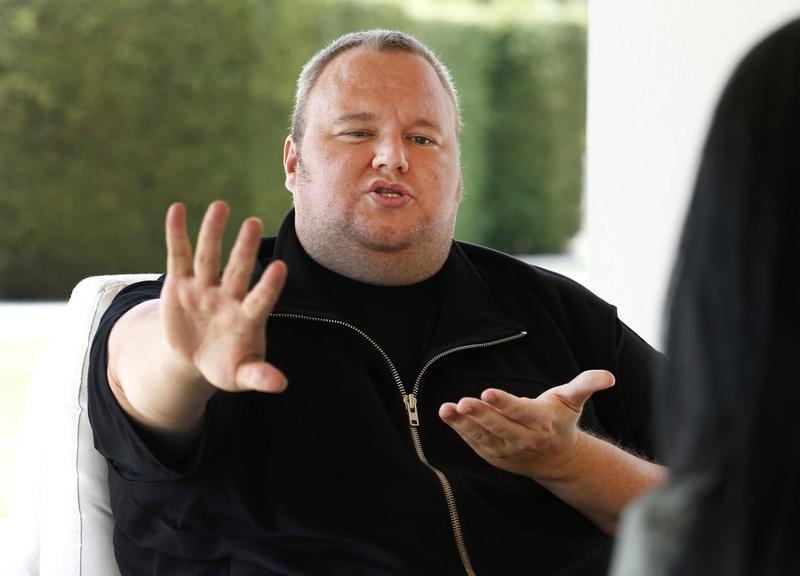 The cloud storage company founded by Kim Dotcom is planning a $179 mln backdoor IPO. The internet entrepreneur, who is fighting extradition for online piracy, has already caused much embarrassment for local authorities. A stock market listing for Mega would add a financial sore.

Kim Dotcom gestures as he speaks during an interview with Reuters in Auckland January 19, 2013.

TRS Investments, which is listed on the New Zealand stock exchange, will acquire Mega Limited by issuing 700 million new shares at a valuation of 30 New Zealand cents.

Following the acquisition, Mega shareholders will own 99 percent of the enlarged TRS which will change its name to Mega.

The deal is conditional on the approval of TRS shareholders, the Companies Act, the Takeovers Code, NZSX Listing Rules and the Securities Act by May 30, 2014.

Dotcom is fighting extradition to the United States to face online piracy charges. On March 21, New Zealand’s highest court rejected his appeal to access evidence to be presented at the hearing.

Mega was founded in 2013 by people involved in Megaupload, the now-closed website which U.S. authorities say generated more than $175 million in criminal proceeds by letting users store and share copyrighted material.

Mega shareholders include Dotcom’s wife who owns 26 percent through a trust.

TRS had a market capitalization of New Zealand $1.11 million with around 1.1 billion shares on issue, at the close of March 24. TRS shares rose to New Zealand $0.010 each following the acquisition announcement.