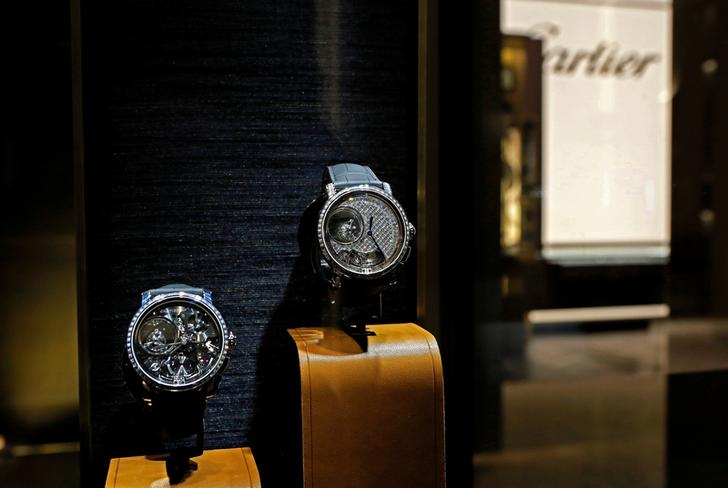 Richemont is trying a new route to get on the online luxury bandwagon. The Swiss owner of Cartier on Thursday announced it’s investing $550 million in funky deluxe e-tailer Farfetch, alongside with Alibaba. That should help Richemont grab a larger share of China’s booming e-commerce market. It may also be a way to hedge its struggling online bets.

Investing in the People’s Republic makes sense. Chinese consumers are the main source of growth for Richemont and its competitors. They represented about a third of global luxury sales before the pandemic, much of it by shopping abroad.

Unable to travel, many customers this year turned to online platforms to buy Gucci and Prada bags, and continued to do so even once physical shops reopened, luxury brands have said. Farfetch founder and CEO José Neves believes there’s about $70 billion of overseas spending on bling by Chinese consumers bricks-and-mortar retailers cannot meet. Teaming up with Alibaba, which has about 750 million customers, should help fill the gap. Investors seem to agree, adding more than $3 billion to the Swiss company’s market value on Friday morning.

Yet it’s not the first time Richemont Chairman Johann Rupert has placed a wager on online retail. Back in 2010 the Swiss group bought a majority stake in then-fledgling e-commerce platform Net-A-Porter. Five years later the group merged with Italian online player Yoox. And two years ago, Richemont paid a chunky 2.8 billion euros to acquire full control of the combined platform.

That investment has yet to pay off. Sales in the company’s Online Distributors division that includes Yoox Net-A-Porter fell 21% to just below 1 billion euros in the six months to September. The unit, which was loss-making before Covid-19 struck, remains in the red.

It’s also not the first time that Richemont has tried to expand in China. The company last year kicked off a different joint venture with Alibaba aimed at allowing YNAP to better penetrate the Middle Kingdom. Helping rival Farfetch establish a Chinese venture could potentially undermine that effort.

Richemont on Nov. 6 reported sales of 5.5 billion euros for the six months to the end of September, down 26% on the same period of 2019. The luxury group’s sales in China were up 78% year-on-year. Overall net profit for the period fell 82% to 159 million euros.

For the three months to September, the Swiss-based owner of Cartier said sales fell 5% year-on-year.

Richemont said on Nov. 5 it and Chinese e-commerce giant Alibaba would each invest $250 million in Farfetch China, taking a combined stake of 25% in the online fashion retailer’s local subsidiary. The two groups will also invest $300 million each to buy private convertible notes issued by Farfetch’s parent company.

Alibaba and Richemont have an option to jointly purchase a further 24% in the Chinese venture after its third year of operation.