Luxury for the masses 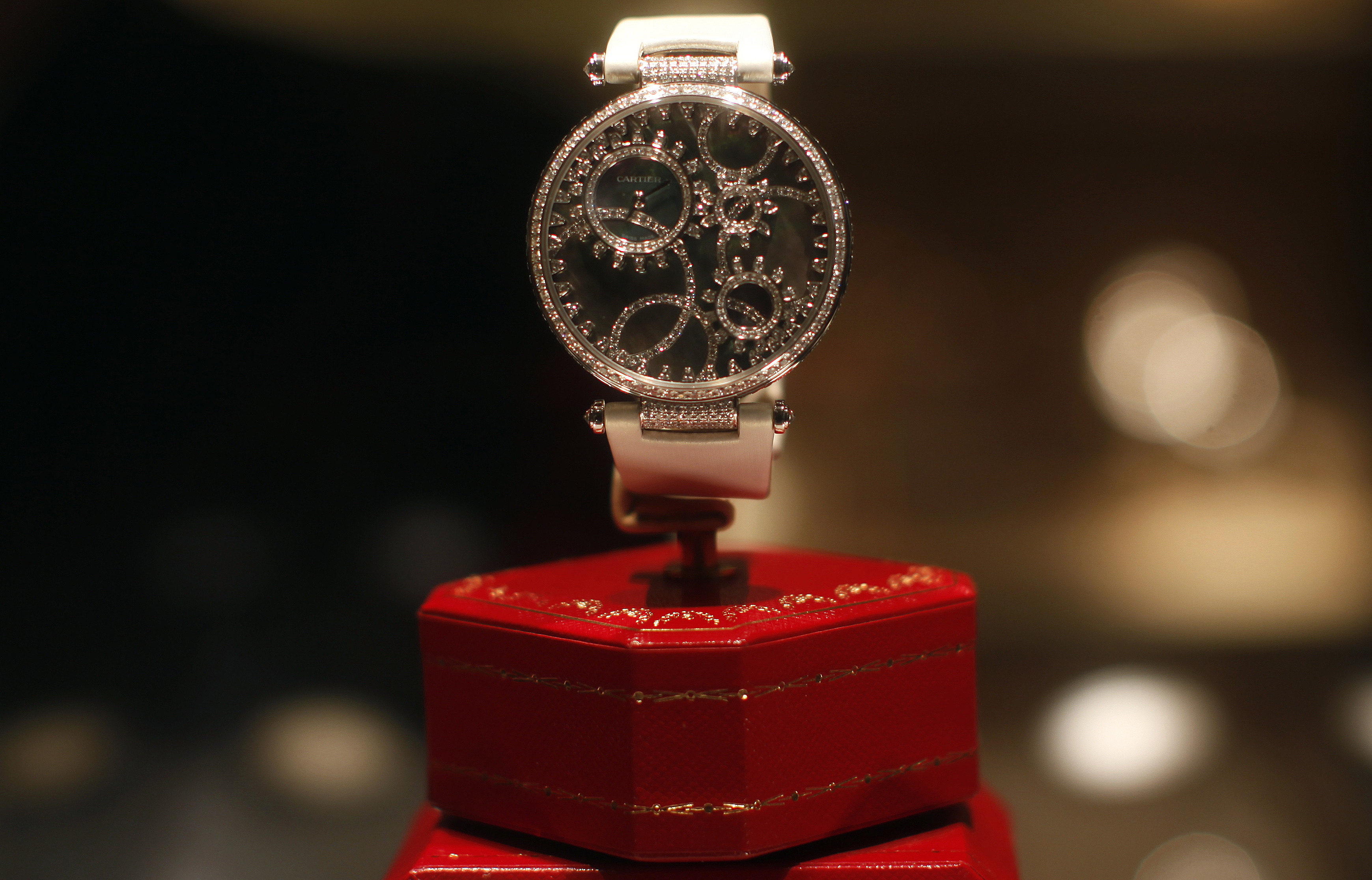 The luxury watchmaker’s sales growth is lower than where it was, and where rivals are. An obvious way to expand is to hike online sales. Teaming up with the Chinese digital giant would give Richemont a greater chance of parity with European luxury peers.

A diamond Cartier watch is seen in a display in a shop on 5th Avenue in New York City, April 4, 2013. Cartier is owned by Swiss luxury group Richemont.

Richemont on Nov. 9 reported group sales rose 8 percent at constant currency in the six months to September year-on-year, down from 10 percent on five-month sales reported in September.

Including the contribution of recently acquired online distributors Yoox Net-a-Porter and Watchfinder, which accounted for 14 percent of group sales, first-half revenue was up 24 percent. Sales in jewellery and watches posted 15 percent and 5 percent growth.

Rival French luxury-goods giant LVMH in October reported a 14 percent rise in like-for-like sales in the division covering sales of high-margin handbags and fashion in the three months ending September, following sales growth of 13 percent in the previous quarter.

Kering also reported that comparable sales of its main handbag brand Gucci rose 35.1 percent in the July to September period year-on-year. Kering’s Chief Operating Officer Luciano Santel said on an analyst conference call on Oct. 24 that trading during China's "Golden Week" holiday in early October had been better this year than last.