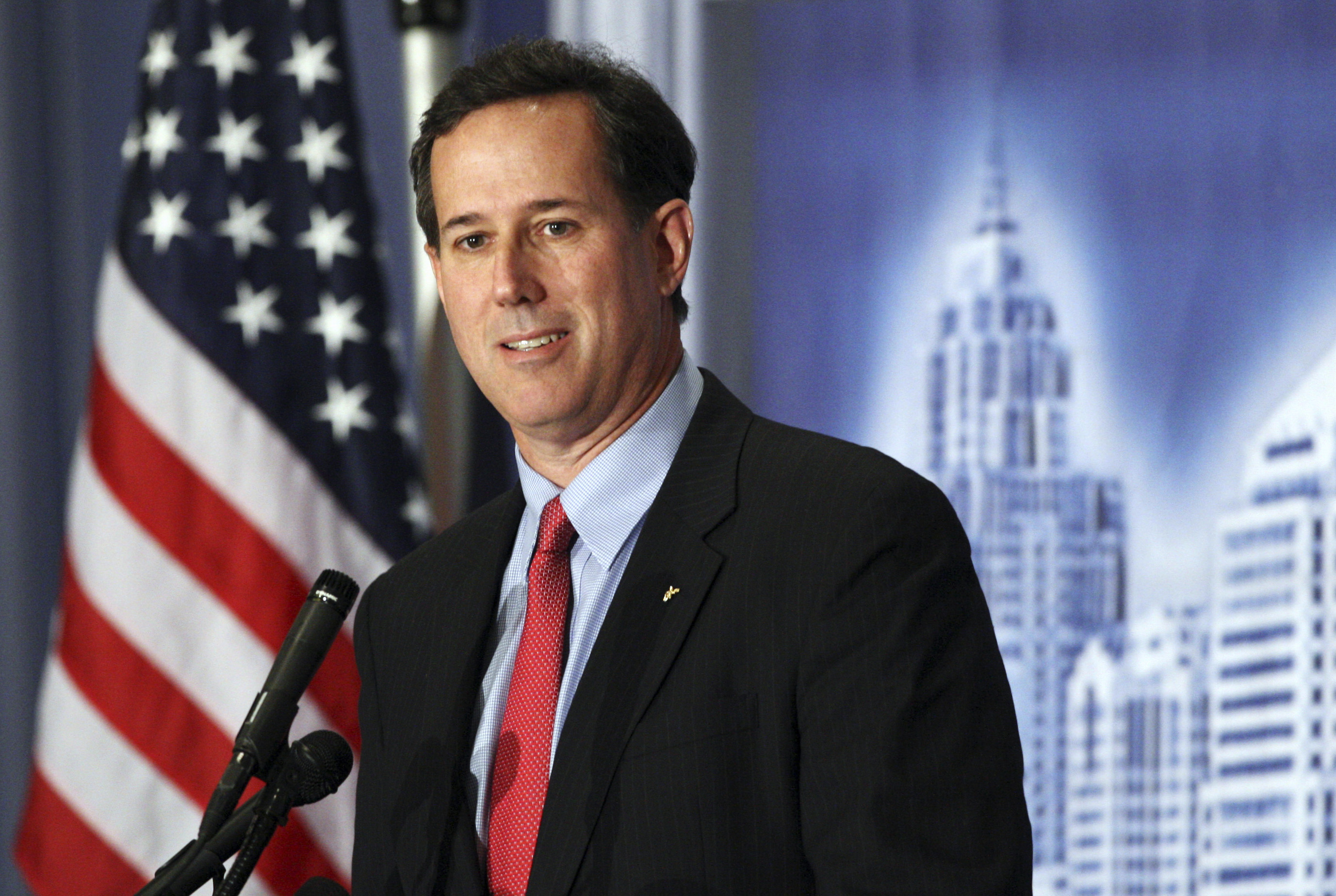 The GOP’s problem is that free-market capitalism seems to be a minority enthusiasm. Rick Santorum waters it down even further with his approach, emphasizing budget-busting manufacturing and family-oriented tax policies. While his math doesn’t work, it may still prove popular.

Santorum says he wants to triple the personal tax deduction for each child and reduce tax rates while keeping the current deductions. He wants to halve the corporate income tax rate to 17.5 percent, eliminate the corporate tax rate for manufacturers, increase the research and development tax credit and eliminate the tax on repatriated earnings when corporations invest the money in domestic plant and equipment, while reducing it to 5.25 percent on other repatriated profits.

Santorum favors eliminating energy and most agriculture subsidies and passing a balanced budget amendment that would cap federal spending at 18 percent of GDP. He would phase out Fannie Mae and Freddie Mac within five years and amend the Federal Reserve’s charter to focus solely on inflation.