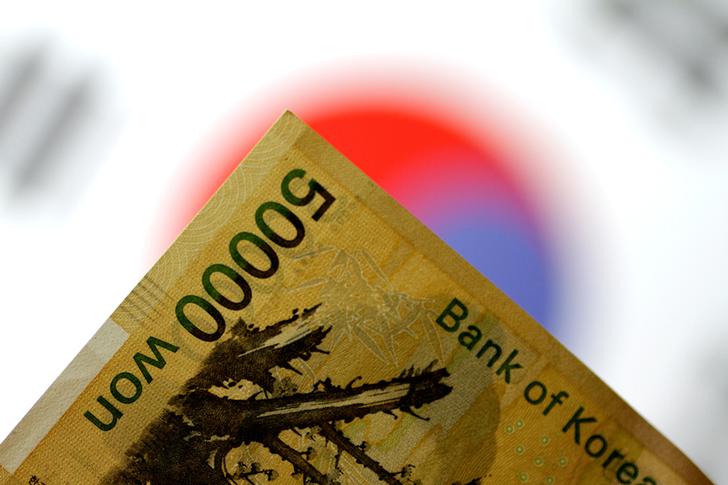 Seoul appears to be reverting to a tired pattern and intervening to cap a surging currency. The authorities should instead welcome the rise as prodding big exporters to raise their game. While growth might take a hit, the long-term gains in competitiveness could be considerable.

A South Korea won note is seen in this illustration photo May 31, 2017. REUTERS/Thomas White/Illustration

Foreign exchange dealers in Seoul told Reuters on Jan. 8 they believed South Korean authorities had bought about $1.5 billion of dollars. The government probably bought at around 1,050 won per dollar, two dealers told Reuters.

North and South Korea began their first formal talks in more than two years on Jan. 9.