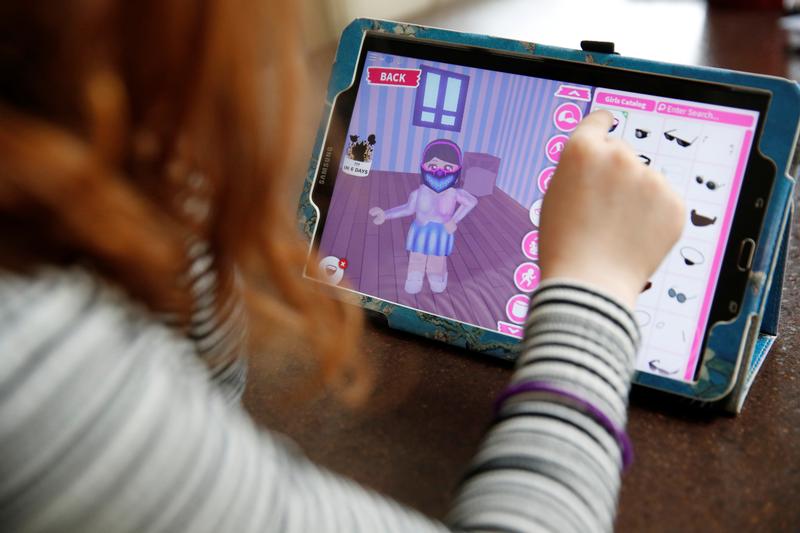 Roblox is more than just a video game. The interactive, downloadable entertainment tool combines social media and even a cryptocurrency to rope Gen Zers into the platform in ways that could be very lucrative to its potential future shareholders. So long as Roblox can avoid blowback for hooking kids with arcade-like gaming features, a mooted $8 billion valuation reported by Reuters isn’t hard to justify.

Like gaming craze “Fortnite,” Roblox pushes its software to kids for free and makes money when players stump up real cash for Robux, the in-game currency they spend on outfits and goodies that enhance the experience. Kids can chit-chat with friends or follow them around rooms – something Covid-19 has made it hard for many schoolkids to do in real life.

The game has an additional valuable feature. Instead of creating its own content, Roblox players reinvent the games themselves. Aspiring creators use Robux to buy features that help them make new products, and then charge players Robux to purchase them. Roblox gets a cut of those deals, and these budding designers can even earn money – some $250 million this year. That gives Roblox an edge over makers of faddish games, in that it is constantly being reinvented by people who pay for the privilege to create on its platform.

Like “Fortnite,” Roblox is entering a brave new world of kids’ e-commerce. Both might eventually invite backlash by effectively turning their young customers into currency traders. For now, though, the proprietary currency means higher margins, an important enhancer of gaming companies’ valuations. Take-Two Interactive Software has an enterprise value of roughly 5 times its sales, but EBITDA margins of around 21%. Activision Blizzard, which has margins of around 36%, has a revenue multiple of more than 8 times.

In February, Chief Financial Officer Michael Guthrie told the Wall Street Journal that it should have about $1 billion in bookings this year. That metric, which shows the amount of money people spend on the platform, isn’t the same as revenue. But at Take-Two, revenue and bookings are pretty similar. Assume Roblox’s bookings eventually resemble its revenue too, and it could easily be worth $8 billion based on Activision’s multiple. And with just enough buzzwords, Roblox should have little trouble engineering itself a solid initial public offering.

(This article has been corrected to change bookings figure attribution in paragraph five to Roblox’s chief financial officer, not the chief executive.)

Roblox has confidentially filed to go public, the company said on Oct. 12. It could be worth as much as $8 billion, according to Reuters.

A child adds a face mask to her character on the game 'Roblox' at her home in Manchester, as the spread of the coronavirus disease (COVID-19) continues, Manchester, Britain, April 5, 2020.

Roblox has confidentially filed to go public, the company said on Oct. 12. It could be worth as much as $8 billion, according to Reuters.