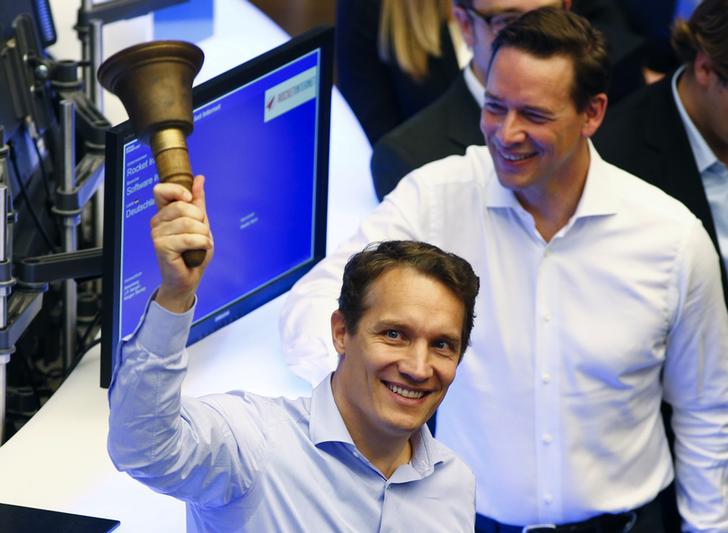 Highflying hopes of a renewed surge in European new issues have been hit by two rockets. Weak market debuts for internet fashion retailer Zalando and tech company incubator Rocket Internet appear to mark an early zenith for initial public offerings in the region.

It has been a good year for European IPOs. Volumes so far have almost tripled, Thomson Reuters data shows. A host of good-performing deals in the first half of the year meant the equity market was being touted by bankers as the surest route to an exit for those seeking to sell assets. Some new issues were slightly harder to get away in June, but the mood over the summer remained optimistic.

Now Rocket and Zalando have seen their market values together fall by 1.5 billion euros since going public in recent weeks. Both are based in Berlin and listed in Frankfurt, but it would be wrong to see a regional explanation for what happened. German-based buyers typically account for just 5 to 15 percent of local IPO demand, with retail investors being almost entirely absent, says one person familiar with the market.

Rocket and Zalando were both heavily subscribed even at the top of their price ranges. Exuberant buyers seem to have been hoping they had stumbled on home-grown versions of Chinese online retailer Alibaba. Zalando showed some slight caution and priced itself a tad below the upper limit, while Rocket went flat out. But the wider investor community didn’t buy the Alibaba analogy: a strong book-building processes is no guarantee of decent after-market performance.

Floating tech stocks boasting ambitious growth stories without profits to match will become particularly difficult. This may not help Scout24, a German classified-ads portal whose private equity owners have been mulling a float. German residential landlord TLG could have better luck as an old-economy play.

The stock market should stay open for IPOs with a proven business model and a clear track record of profitability. But the choice between trade sale or flotation is now becoming more evenly balanced, especially as general equity market weakness adds a new layer of uncertainty. Price will help tip the decision one way or the other.

Shares in Rocket Internet fell 13 percent to 37 euros on Oct. 2 in their first day of trading on the Frankfurt stock exchange, having floated at 42.50 euros.

The e-commerce investor sold stock at the top of its price range and brought forward its debut by a week, citing exceptional investor demand.

Shares in internet retailer Zalando, which listed on Oct. 1, closed 12 percent below its 21.50 euros offer price on its second day of trading.

The German stock market is closed on Oct. 3 due to a national holiday.