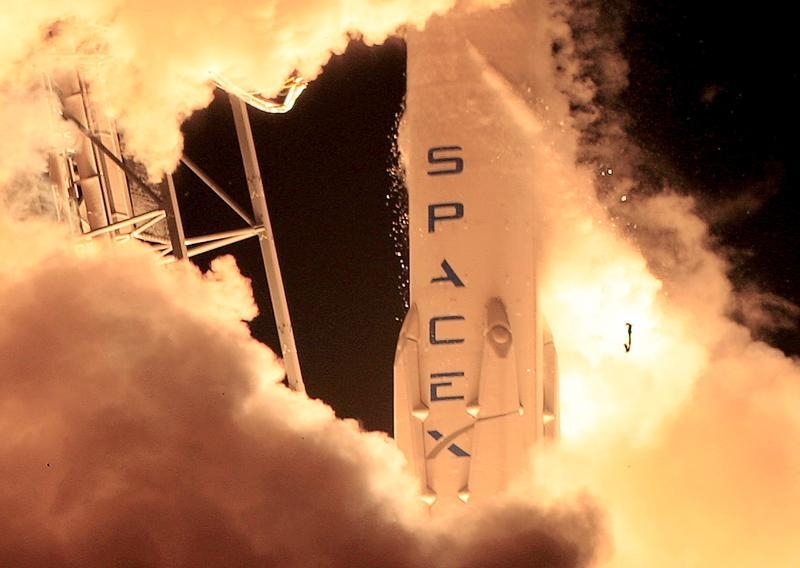 Amazon lost as much as $50 bln in value, perhaps partly because Donald Trump isn’t a fan. Tesla’s stock fell another 8 pct-plus. Facebook has shed nearly $100 bln of market cap. Investors once whistled past concerns that haven’t changed much. Maybe they are opening their ears.

A remodeled version of the SpaceX Falcon 9 rocket lifts off at the Cape Canaveral Air Force Station on the launchers first mission since a June failure in Cape Canaveral, Florida, December 21, 2015.

Amazon shed as much as $50 billion in market value, over 7 percent, in morning trade on March 28 following an Axios report, citing sources, that President Donald Trump had talked about changing Amazon’s tax status because he is worried the e-commerce firm is putting mom-and-pop retailers out of business.

A White House official said he did not know of any specific policy changes related to Amazon at the moment.

Tesla shares were down nearly 9 percent at 1430 EDT on March 28 following a credit downgrade by Moody’s Investors Service, news of a probe by the National Transportation Safety Board of a recent fatal crash and concerns about production of the Model 3. The electric-car maker’s stock fell more than 8 percent on March 27.