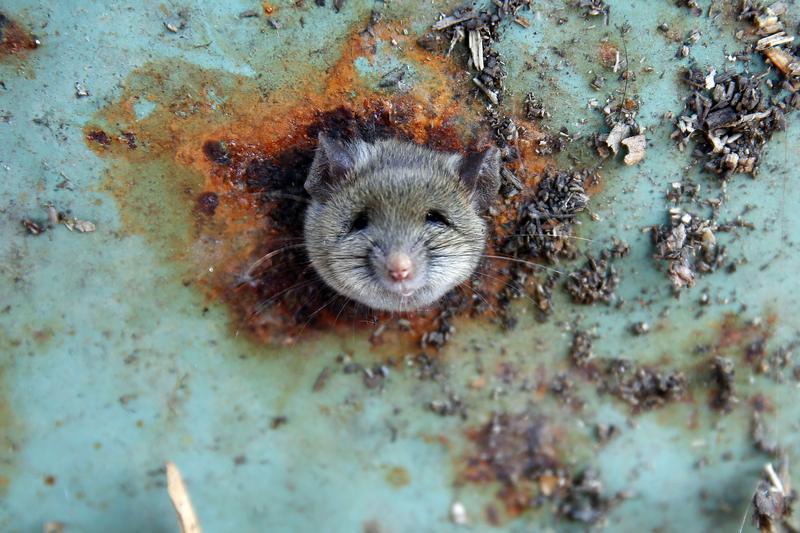 The family-owned pest-control empire may soon be up for sale, but at over 60 times earnings, it has never looked so expensive. Rollins has grown prodigiously by acquiring rivals in a fragmented market, but when serial buyers turn seller, would-be owners need to tread carefully.

A rat's head rests as it is constricted in an opening in the bottom of a garbage can in the Brooklyn borough of New York, U.S., October 18, 2016.

The company operates under multiple brands, including Orkin, HomeTeam Pest Defense, Critter Control and The Industrial Fumigant. It had a market capitalization of $14.2 billion as of June 5.

The Rollins family owns over half of the company’s outstanding stock.

In late 2019, family members settled a long-standing lawsuit in which four of the founder’s grandchildren had sued their father and uncle, according to the Atlanta Journal-Constitution.