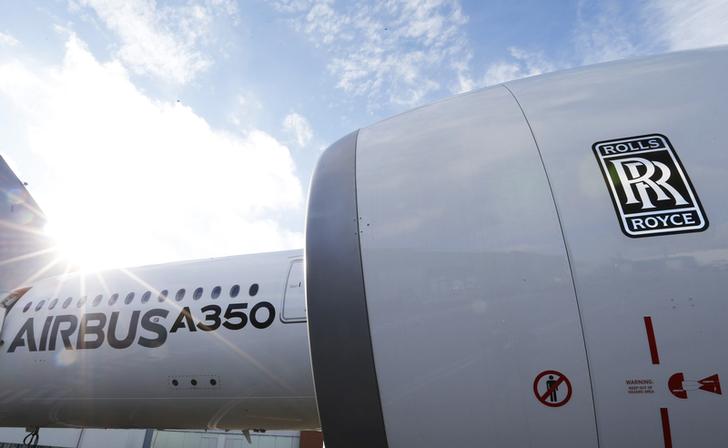 Rolls-Royce’s engines of cash generation are losing power. The British engineer, which spooked markets with a series of profit warnings in 2014, met pruned revenue and profit targets with numbers published on Feb. 13. But it has become more pessimistic. If the deterioration gets much worse, the dividend may come under threat.

For now, Rolls can cope. Its strong balance sheet is an invaluable boon. But free cashflow plunged 42 percent last year and the company said it would halve again this year to just 200 million pounds.

At 551 million pounds, total payouts to shareholders already exceeded free cashflow by almost a quarter last year. In 2015, Rolls’ cash needs may get larger – despite an 8 percent cut in R&D and capex that is likely to save 120 million pounds. The bulk of costs relating to restructuring – around 90 to 100 million pounds – will have to be paid. The production of a new generation of jet engines is also increasing the working capital requirement.

True, investors can find encouragement in Rolls’ decision to restructure and in the production activity. If the cashflow weakness is temporary, Rolls-Royce can withstand the burden. The Derby-based group sits on 666 million pounds of net cash. Shares, meanwhile, trade at a forward price-earnings ratio of 15.4, which is broadly in line with peers, Thomson Reuters data shows.

But management also observes softness in demand for key products. The sharply lower price of crude hardly helps its oil industry customers. At the very least, Rolls may have to rein in the rate at which it increases dividends. Between 2010 and 2013, payouts rose by 11 percent each year. This momentum is going to be harder to sustain.

Rolls is clearly aware of the need to up its game. Chief Executive John Rishton is committed to a strategy dubbed the “4c” approach. It elevates the importance of customers, concentration on core strengths, cost and cash. The last “c” needs most attention just now.

An Airbus A350 is pictured with a Rolls-Royce logo at the Airbus headquarters in Toulouse, December 4, 2014.

British engineer Rolls-Royce has said its pre-tax profit could fall by as much as 13 percent in 2015, on top of an 8 percent drop last year. It said the low oil price has increased uncertainty in many of its markets and for many of its customers.

The world’s second-largest maker of jet engines had already cut its 2015 forecasts in October. The company said on Feb. 13 it now expects to make a pre-tax profit of 1.4 to 1.55 billion pounds in 2015, down from 1.62 billion pounds last year.