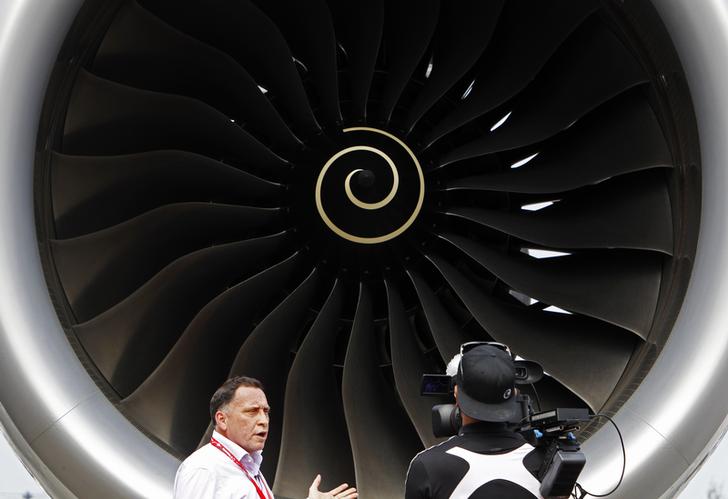 Journalists work next to the Rolls Royce engine of an Airbus A350 on display at the Singapore Airshow February 11, 2014.

British engineering company Rolls-Royce cut its profit and cashflow forecasts for this year and next on July 6. It said it was encountering continued weakness in oil and gas markets plus lower demand among customers for some of its aero-engines. The group has also decided to end a share buyback programme that was outlined last December. Rolls-Royce has spent only half of the initially planned 1 billion pound outlay.

For 2016, lower demand and pricing for its Trent 700 engines, reduced demand for its business jet engines, and some weakness in its after-sales business will cut profit by 300 million pounds.

The downgrades, the latest in a series by the company, came four days after new Chief Executive Warren East took the helm. The CEO said he was disappointed but his fundamental confidence in the business was not shaken.”We are bringing this news to the market now perhaps rather earlier than you might have expected or you might have seen from Rolls-Royce in the past,” he said. “I hope that is part of the tone for the style of communication that we are going to expect now I’ve joined the business.”