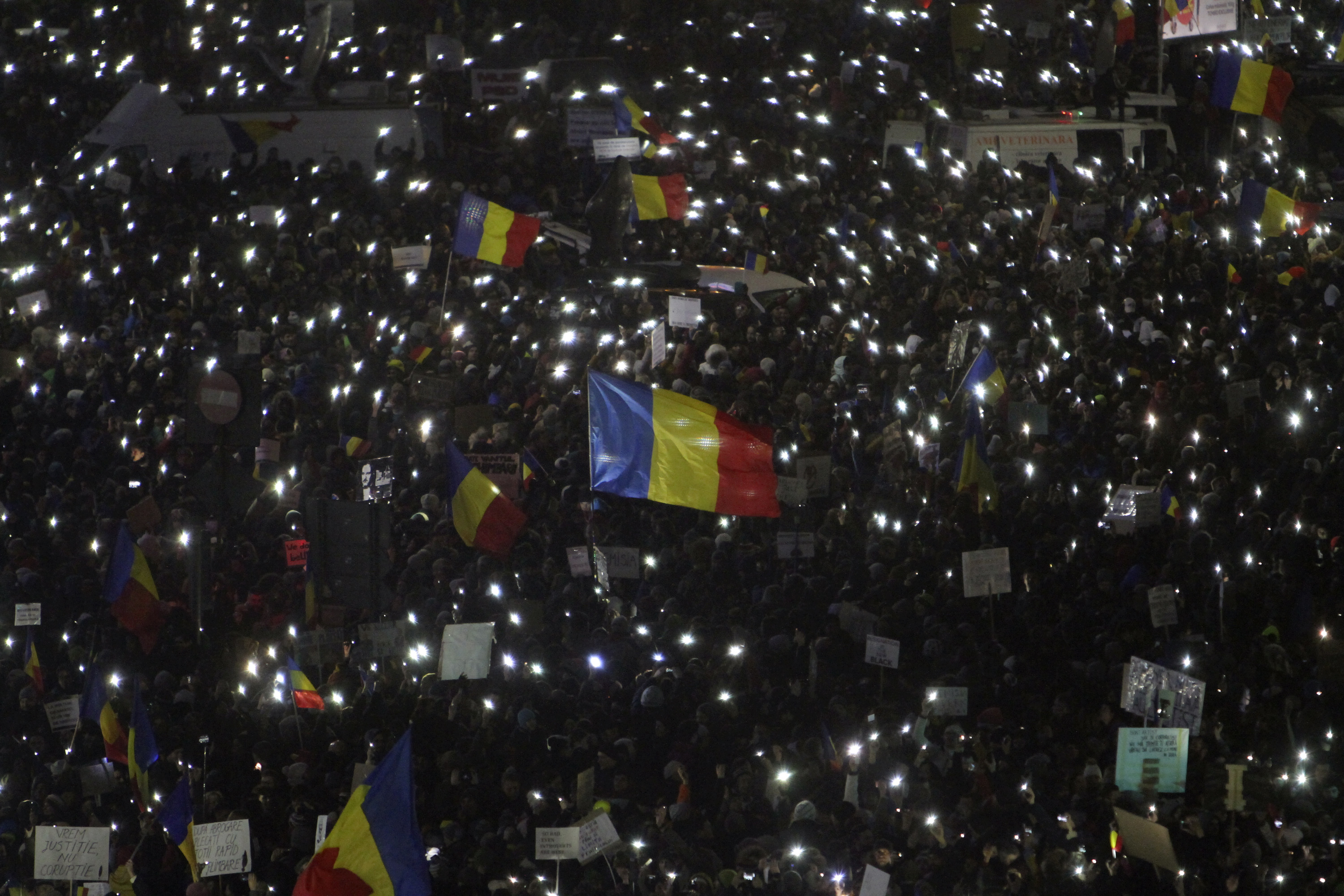 An attempted softening of laws against corruption sparked mass protests, a ministerial resignation and an eventual U-turn. Despite this, Romania has made progress on fighting graft. It now needs to put more effort into judicial protection – and ensure cases have credibility.

Romania's Social Democrat government on Feb. 5 repealed a decree intended to decriminalise some corruption offences, amid nationwide protests that have been running for almost a week.

Hundreds of thousands of Romanians have been protesting against the putative order, which would decriminalise abuse-of-power offences for sums less than 200,000 lei ($48,000).

Romania’s business and trade minister, Florin Jianu, resigned in protest against the decree. Justice Minister Florin Iordache, the decree’s architect, ceded his duties to his deputy until Feb. 7.

The embassies of Belgium, Canada, France, Germany, the Netherlands and the United States had earlier issued a joint statement saying that the decree “undermined Romania’s progress over the last 10 years with the rule of law and the fight against corruption.”

Recent reports by the European Commission on progress by Romania and Bulgaria under the Cooperation and Verification Mechanism said that the two countries still need to do more to meet targets in fighting corruption.