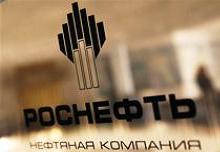 Rosneft will become the world’s biggest listed crude producer following its $55 billion swoop on Russia’s third-biggest oil company. Igor Sechin’s new behemoth also expects to generate $3 billion to $5 billion of cost synergies from scooping up its smaller rival. If Rosneft can apply TNK-BP’s oilfield know-how to improve production at its own fields, the cost and revenue benefits of the Russian oil shake-up could indeed climb high.

TNK-BP, the 50-50 joint venture between UK oil major BP and a gaggle of Russian-born billionaires, proved adept at coaxing oil out of the ground. It also took care of the roubles. Direct comparisons are tricky, but Rosneft spent almost $11 for every barrel of oil it pumped between 2009 and 2011. Equipped with industry best-practices imported from BP, TNK-BP’s per-barrel outlay was less than half that.

Oil and gas account for about 20 percent of Russian GDP, according to the International Energy Agency, and gives the government about half its revenues. But after a decade-long boom that saw crude production rise from less than 7 million barrels per day in 2001 to more than 10 million in 2011, Russia’s output is expected to rise just 2 percent in the two years to 2013, according to PFC Energy, a consultancy. Much of Russia’s crude today comes from mature fields in long-term decline. Bernstein Research estimates onshore production will shrink an average of 3.5 percent per year, despite billions of dollars of investment.

Rosneft, which is taking on huge debts to fund the deal, must hope that TNK-BP effectiveness, and efficiency, is infectious. Scale could bring economies too. New Rosneft will control 40 percent of national output. But absorbing a smaller, dynamic producer into a lumbering state-dominated company may just end up stifling competition and innovation. That must be a risk – not least for BP, which will receive a 19 percent stake in Rosneft.

It may be naïve to assume that Kremlin-dominated Rosneft will drive the value for money ethic expected of a Western corporate, even with two BP representatives on its nine-person board. The loss of an efficient competitor will leave Rosneft with one fewer yardstick to measure its performance by. In itself, that may lead its performance downhill.

A logo of Russian state oil firm Rosneft is seen at its office in St. Petersburg, October 18 2012. RS/Alexander Demianchuk

Moody’s, the credit rater, placed Russian oil giants Rosneft and TNK-BP on downgrade review on Oct. 24 following the news earlier in the week about a proposed acquisition.
Rosneft chief executive Igor Sechin said a planned $55 billion takeover of TNK-BP, Russia’s third-biggest oil producer, would generate $3 billion-$5 billion of synergies for the state-dominated energy giant.
Sechin said combined operations in Eastern Siberia and the Arctic Yamal region would lead to immediate cost savings for the enlarged group, which would become the world’s biggest listed crude producer, pumping about 4.6 million barrels per day.
Rosneft has agreed to buy UK oil major BP’s 50 percent stake in TNK-BP in exchange for $12.2 billion of cash and an 18.5 percent stake in Rosneft. The deal would bring BP’s total holding in the Russian group to 19.75 percent. BP will also get two seats on the Rosneft board.
Rosneft agreed to buy the other 50 percent of TNK-BP from four Russian-born billionaires in a separate transaction for $28 billion in cash.