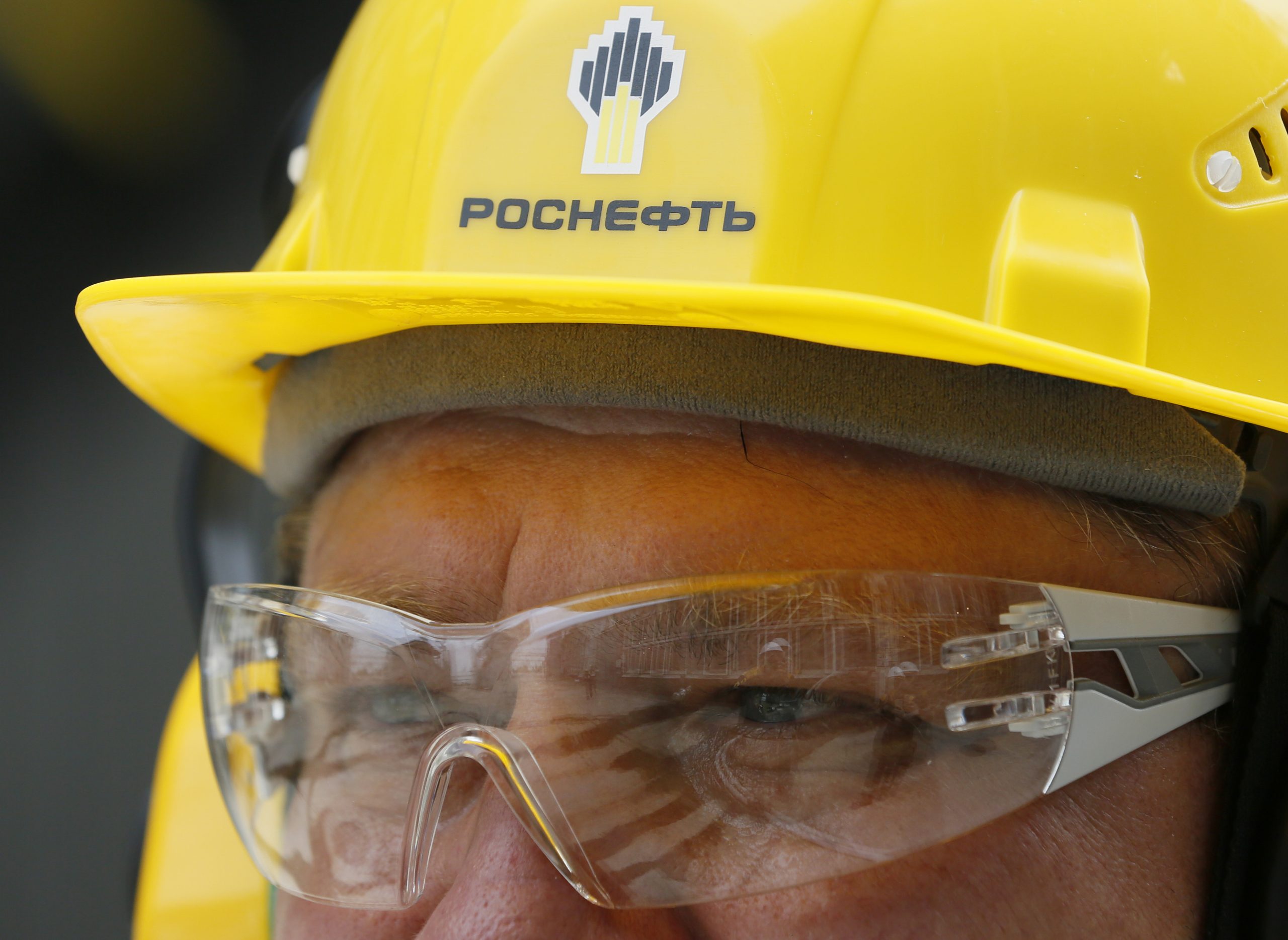 The Russian oil giant’s trading subsidiary is the target of the toughest form of U.S. sanctions over Venezuela. Unlike 2018 curbs on Rusal and En+, it shouldn’t hurt Rosneft much. Tougher measures are unlikely given the unwanted surge they might trigger in oil prices.

An employee wears a helmet with the logo of Rosneft at the Achinsk refinery, which was acquired by Rosneft company in 2007 and currently processes West Siberian crude delivered via the Transneft pipeline system, in Krasnoyarsk Region, Russia July 23, 2018.

The United States’ Office of Foreign Assets Control on Feb. 18 placed Rosneft’s oil brokerage firm, Rosneft Trading, and its Chairman Didier Casimiro, on its Specially Designated Nationals list for “operating in the oil sector of the Venezuelan economy”.

“Rosneft Trading and its president brokered the sale and transport of Venezuelan crude oil,” U.S. Treasury Secretary Steven Mnuchin said. “The United States is determined to prevent the looting of Venezuela’s oil assets by the corrupt Maduro regime.”

OFAC said that, as with previous OFAC designations, U.S. sanctions need not be permanent and were intended to change behaviour.

Rosneft said the sanctions were “illegal, unjustified, and an act of legal abuse”. It said it had been implementing its projects in Venezuela in strict compliance with rules of international and national laws, conducted “exclusively commercial activities for the benefit of its shareholders”, and did not pursue political goals.

It also said its operations in Venezuela were related to the implementation of production projects and trading, carried out within the framework of contracts signed before sanctions were imposed, and were aimed at ensuring the return of the previously made investments and the realisation of its long-term commercial interests.