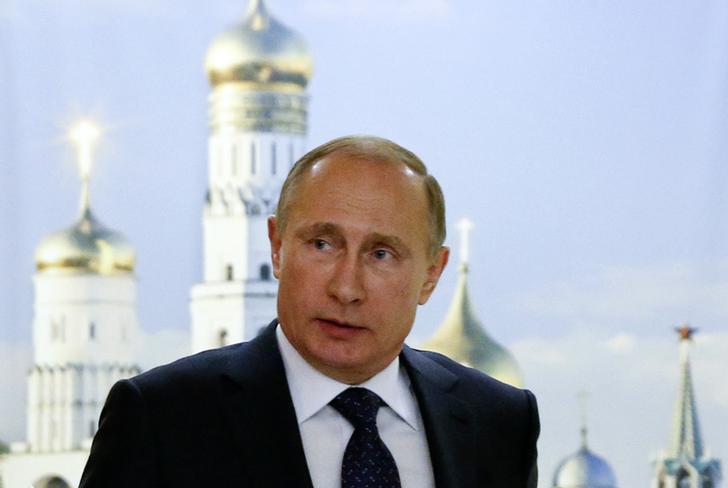 The Central Bank of Russia was successful for about two hours. Its overnight decision to hike the main interest rate from 10.5 percent to 17 percent initially shocked markets enough to arrest the rouble’s fall after the currency sank almost 12 percent on Dec. 15. But the Russian currency quickly resumed its slide, smashing record lows – as if the central bank hadn’t moved at all. That leaves policymakers with few sensible short-term options. Further out, only an end to the Ukrainian stand-off and related Western sanctions or sharply higher oil prices could soothe markets. Neither is likely to happen soon.

The rouble rout was triggered by a central bank forecast that oil prices settling at around $60 a barrel would push Russia into severe recession next year. Shrinking oil revenue, together with the sanctions-induced lack of foreign currency funding, explain why companies have been hoarding dollars to meet some $138 billion worth of debt payments by mid 2016. Individual depositors, who remained remarkably calm throughout the year as the rouble fell, may also have accelerated the conversion of their deposits into dollars in recent days, prompting the central bank’s shock-and-awe approach.

Now that it has neither shocked nor awed, the question is what the central bank can do next. It can’t climb down from high rates without weakening the rouble further. But borrowing costs this high will add to the economic pain. More defaults will follow, and bad loans pile up on the balance sheets of a weak banking system. The central bank can also just wait for the rouble to find its floor. It has indicated it is willing to intervene in forex markets to defend the currency if oil prices stabilise around the $60 a barrel level. That’s a big “if”: Brent crude was down 3.5 percent to less than $59 a barrel on Dec. 16.

Some in the Russian government would doubtless be happy to contemplate more radical options, such as stringent capital controls. That would risk taking Russia back to the dark ages of the Soviet-style command economy. Such moves have been repeatedly ruled out by President Vladimir Putin. But with his back against the wall, and faced with rouble panic, he may soon feel that he has no choice.

The Central Bank of Russia failed to prevent the rouble falling further against its dollar-euro reference basket on Dec. 16, in spite of raising its key interest rate from 10.5 percent to 17 percent overnight.

The Central Bank of Russia failed to prevent the rouble falling further against its dollar-euro reference basket on Dec. 16, in spite of raising its key interest rate from 10.5 percent to 17 percent overnight.