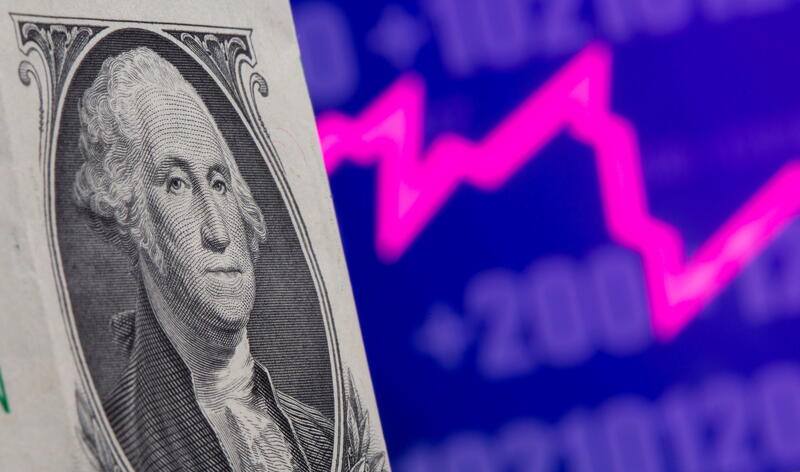 “Trust, but verify” is an old adage. It can also apply to the Federal Reserve. The U.S. central bank remains highly credible with investors. Yet a corner of the U.S. government bond market suggests they are buying insurance in case the current bout of inflation lasts longer than Fed Chair Jerome Powell expects.

The yield on 10-year U.S. Treasury Inflation-Protected Securities, which offer protection against rising consumer prices, has hit a record low in seven of the last eight trading days, with a new trough set on Wednesday at -1.216%. Yields move inversely to prices, and demand for TIPS is unabated even though they have become increasingly expensive. In a late July week, investors put a record $3.2 billion into TIPS funds, Bank of America said last week.

Granted, the recent rise in the price of inflation-linked debt partly reflects how much dearer U.S. government bonds have become in general as yields have declined. The gap between the yield on regular 10-year Treasuries and TIPS of the same maturity has remained relatively stable in the past week or two.

But that’s not the whole story. Investors are willing to pay up to buy less-liquid TIPS because they want to hedge against inflation going higher, and for longer, than central bankers predict. The yield gap between normal Treasuries and TIPS is a measure of what average consumer price increases are expected to be over the relevant period: it is known as the break-even inflation rate. Investors who hold TIPS will come out ahead if inflation turns out to be higher. Not only has the 10-year break-even risen nearly three-quarters of a percentage point in the past 12 months, but at 2.35% it is also about a third of a percentage point above its two-decade average.

That suggests investors think there’s a chance the Fed may either tolerate higher inflation, on average, than in the past or have to put up with it. Yields on standard Treasury bonds would probably be higher if this was their central scenario. But the inflation-linked bond market shows people are willing to take out expensive insurance just in case the consensus is wrong. They’re trusting the Fed, but playing safe by hedging their bets.

The yield on 10-year U.S. Treasury Inflation-Protected Securities, which moves inversely to prices, fell to a record low of -1.216% on Aug. 4.

Bond funds enjoyed the largest inflows in three weeks at $12.7 billion in the week to July 28, with investors putting a record $3.2 billion into TIPS, Bank of America said on July 30.

A U.S. one dollar banknote is seen in front of displayed stock graph in this illustration taken May 7, 2021.

The yield on 10-year U.S. Treasury Inflation-Protected Securities, which moves inversely to prices, fell to a record low of -1.216% on Aug. 4.

Bond funds enjoyed the largest inflows in three weeks at $12.7 billion in the week to July 28, with investors putting a record $3.2 billion into TIPS, Bank of America said on July 30.