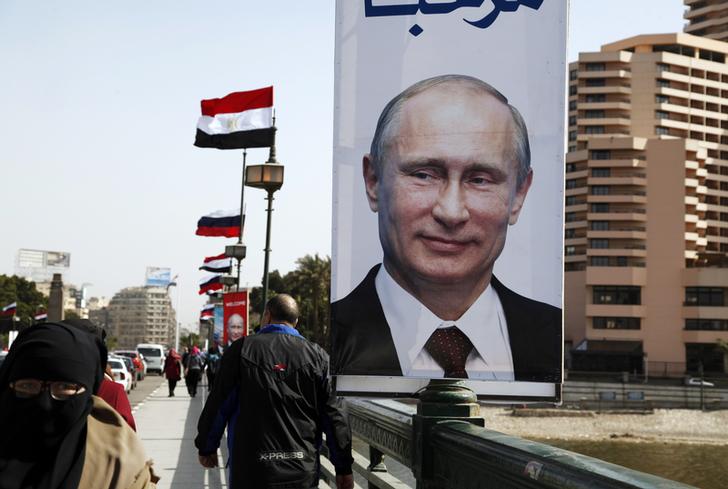 Goldman Sachs may not help underwrite a Russian state bond issue after Washington criticised U.S. involvement, reports say. Foreign investment banks that remain in Moscow need business. But the difficulty in negotiating the conflicts shows why some are quitting.

People walk past a banner with a picture of Russian President Vladimir Putin in central Cairo February 9, 2015.

Goldman Sachs is “very unlikely” to help underwrite a bond issue from Russia after the United States government criticised U.S. banks’ potential involvement in the deal, IFR reported on March 2.

Goldman Sachs had initially expressed an interest in winning the mandate on a bond issue of up to $3 billion - the country’s first international debt sale since 2013.

Half of the banks invited to participate in the issue declined to respond, IFR reported on Feb. 26.