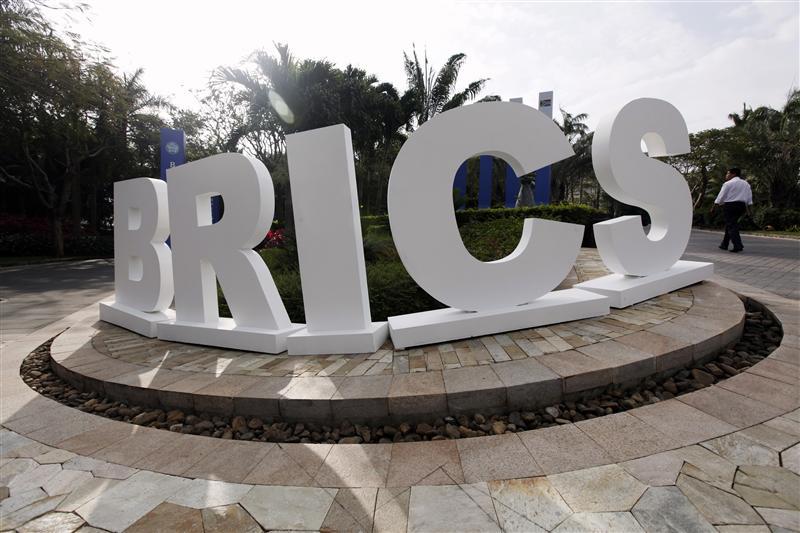 BRICs? Perhaps it should be shortened to BICs. Russia’s intervention in Ukraine is a big blow to the Russian economy and also to other embattled emerging economies. It’s not good for the global picture either, as the redirection of funds makes developed markets more bubbly and vulnerable.

The damage begins in Russia itself. The Russian rouble’s drop provoked a 1.5 percentage point rise in the central bank’s interest rate to 7 percent. That will weigh on an already weak economy. Capital flight will be exacerbated and investor confidence shaken, not just in the short term.

The damage spreads. Boston-based EPFR, a fund-tracker, reports that $18.6 billion flowed out of emerging-market equity funds from Jan. 1 to Feb. 5, more than the $15.2 billion outflow in the whole of 2013. Russia’s manoeuvres in Ukraine may frighten more investors.

That’s bad for other emerging economies. Though India’s rupee has firmed recently, it and Brazil’s real have fallen a long way in the past year, obliging increases in policy interest rates. Brazil’s interest rate is now 10.75 percent and only 1.7 percent GDP growth is expected this year.  The government’s budget deficit rose to 3.6 percent of GDP in January, the highest since 2009. Brazil disappoints.

In China, credit growth and exchange-rate manoeuvres trouble investors, as do slowing exports, down by 1.6 percent on a year earlier in January and February. EU imports from the rest of the world fell by 6 percent in 2013. The BRICs can no longer rely on the export engine. And prices of commodities, important to many emerging economies, have waned.

The problem is that EM weakness is negative for global growth and profits in developed-country companies. Asset price bubbles loom when markets rise while growth is slow. Russia has delivered an untimely kick to the BRICs and the world.

Asian stocks fell on March 12, with MSCI’s broadest index of Asia-Pacific shares outside Japan down by 1.1 percent, as economic uncertainty in China and political tensions in Ukraine kept investors cautious and commodities under a cloud. Copper futures fell by almost 4 percent to their lowest since 2009.

Russia’s central bank hiked its key lending rate by 1.5 percentage points on March 3 after the rouble hit an all-time low. The central bank did not mention Ukraine in its statement, but said the decision to raise rates was aimed at preventing “risks to inflation and financial stability associated with the recently increased level of volatility in the financial markets.” The new key lending rate - the one-week repurchasing agreement - is raised effective immediately to 7 percent from 5.5 percent, the central bank said.