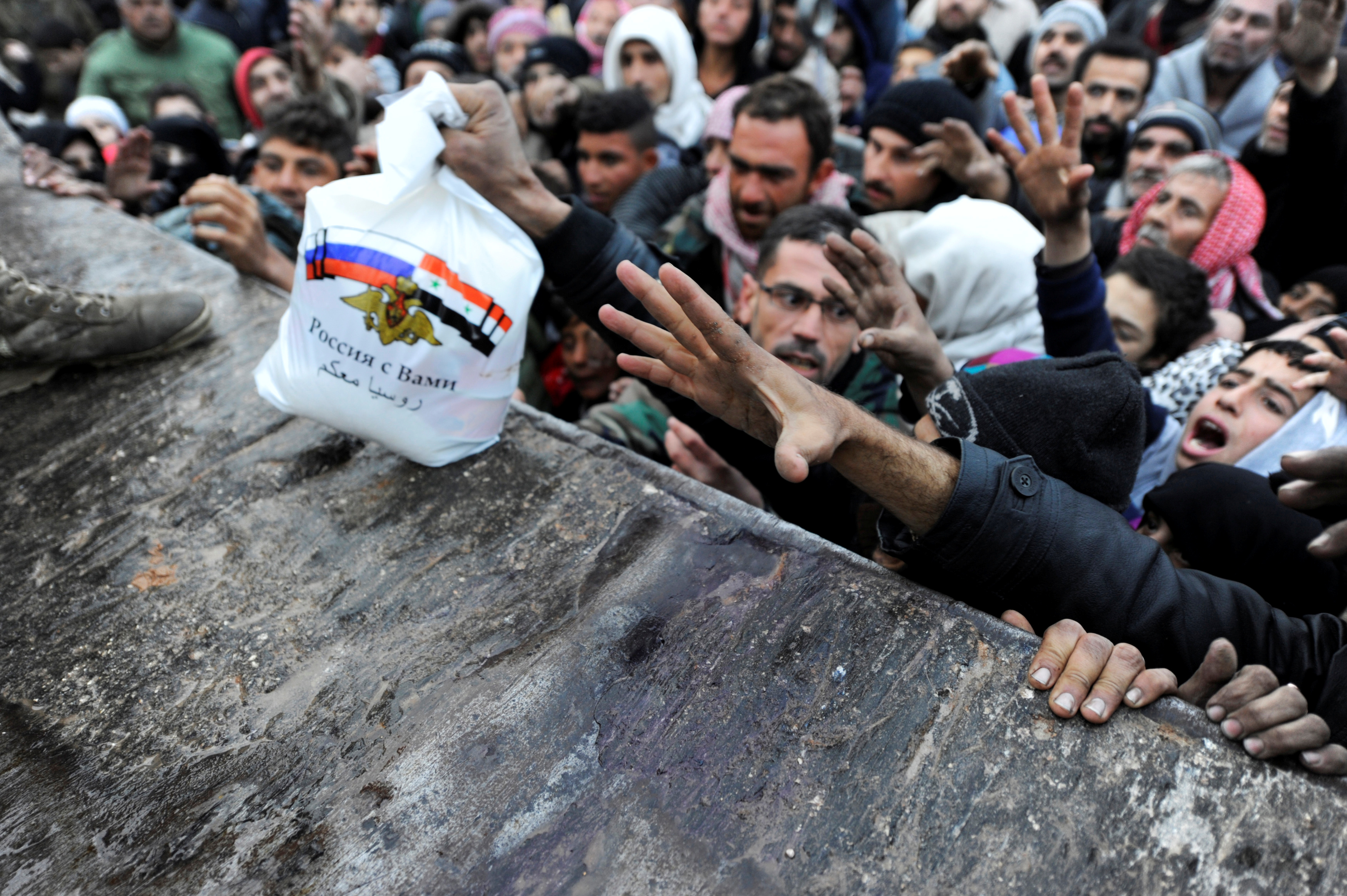 After the last Iraq war, U.S. reconstruction cash poured in. Were Aleppo’s collapse to prompt the end of the war in Syria, Moscow’s economic fragility would make it unlikely to follow suit. An EU populist backlash against a fresh influx of fleeing Syrians helps Russia anyway.

Syrians that evacuated eastern Aleppo, reach out for Russian food aid in government-controlled Jibreen area in Aleppo, Syria November 30, 2016. The text on the bag reads in Arabic: "Russia is with you." And shows the Syrian national flag and the Russian national flag. REUTERS/Omar Sanadiki - RTSU1OH

Thousands of people have been evacuated from the city of Aleppo as government forces closed in on recapturing the city on Dec. 16.

At least 6,000 people had left the rebel-held enclave in several convoys of buses and ambulances since Dec. 15, when the evacuations began, Reuters reported.

U.S. Secretary of State John Kerry has accused Syrian President Bashar al-Assad's government of carrying out "nothing short of a massacre" in Aleppo.