Look at the price tag 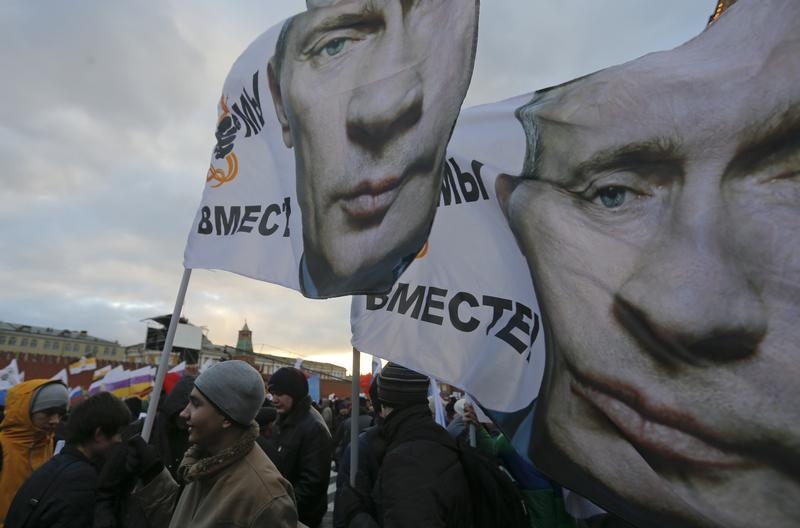 Vladimir Putin wants to destabilise Ukraine, but he may balk at the economic price Russia would pay for a full-blown invasion. The seizure of government buildings in several eastern Ukrainian cities has rekindled fears of military intervention in the mostly Russian-speaking parts of the country. A major consideration before sending in troops would be the price paid by Russia’s economy. Putin can expect to be severely punished by both markets and Western governments.

If Russia enters Ukraine by force, it will be hit by economic sanctions from the United States and the European Union. Western powers were criticised for the weakness of their reaction to the annexation of Crimea – when they targeted only a limited list of individuals and companies. But the penalty for invading Ukraine – a country that has recently concluded deals with the EU and the International Monetary Fund – would be much harsher. Whatever their dependence on Russian gas, EU members, primarily Germany, could make things very difficult for Russia. They could well accept the need to pay their own price for sanctions, which always hurt both ways. Trade, investment flows with Russia, could suffer significantly.

The mere prospect of a tough economic riposte is likely to trigger a market reaction that would be a sanction by itself. Russian stocks are already down 3 percent this week, taking to almost 7 percent their decline since early March and the start of the Crimean troubles. The rouble looks stable, but that may be due to both central bank currency intervention and the market’s expectation of another interest rate hike. The economy will stagnate at best this year. Capital flight topped $70 billion in the first quarter, against an already staggering $63 billion for the whole of 2013. The top five companies on the Moscow stock exchange – four energy groups plus financial giant Sberbank – have lost a combined $54 billion of market capitalisation since January. And the government had to cancel its bond auction this week because of “unfavourable market conditions.”

The Russians’ implicit pact with Putin has long been that they enjoyed prosperity in exchange for limited freedom. His hope now appears to be that his popularity can rest on expansionism abroad instead of economic expansion at home. But that will bring more misery upon Russia, which may give him reason to pause.

People attend a rally called "We are together" to support the annexation of Ukraine's Crimea to Russia in Red Square in central Moscow, March 18, 2014.

The Russian stock market was down 0.4 percent by midday on April 8 and 2.7 percent since April 7, after pro-Russian demonstrators took over several government buildings in major eastern Ukraine cities.

The rouble was up 0.1 percent against its reference dollar/euro basket. The Russian currency has depreciated 7.5 percent since January.

Russian President Vladimir Putin said on April 8 that Russia’s business climate had to be “drastically improved,” and called for swift action from the government.

The Russian finance ministry said it would cancel its weekly Treasury bond auction, to be held on April 9, due to “unfavourable market conditions.” The government had returned to the market for domestic Treasury bonds last week after several cancelled auctions.