Trouble for the rouble 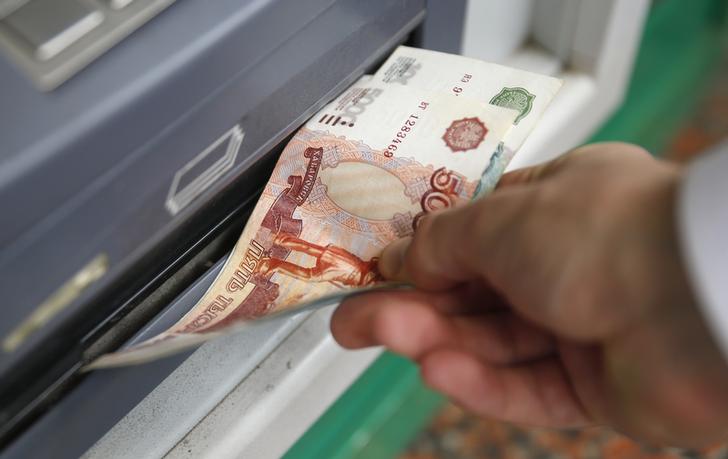 The Russian central bank is doing what it can. The problem is that it cannot do much. It spent $1.4 billion on Oct. 3 and 6 to try stemming the rouble’s slide. But the currency keeps falling. Spending foreign exchange reserves can make sense – a little – when markets seem lost in a temporary moment of insanity. And the Russian central bank has $470 billion worth of it to spend. But there is nothing irrational about the rouble’s weakness. Its root causes are the deep flaws of the Russian economy, and the country’s new aggressive foreign policy.

At the moment there are many reasons to take capital out of Russia and few to bring it in. Even before the Ukrainian crisis and the annexation of Crimea in March, the country was headed for a worrying economic slowdown. Since then, economic sanctions imposed by Europe and the United States have hit hard, cutting off some of Russia’s top banks and oil companies from Western sources of funding. But their impact pales in comparison to the financial market’s sanctions: investors have started to treat Russia as radioactive.

The Russian government’s reaction to Western measures has been to retreat into a command-style economy, bearing an eerie resemblance to the old Soviet model. A few weeks ago the arrest of oligarch Vladimir Yevtushenkov scared investors, who fear a return of the days when the state seemed ready to expropriate at will.

Meanwhile, the economic environment is hostile. Oil prices are at their lowest level in more than two years. Domestic inflation – fuelled by the rouble’s 14 percent slide against its reference basket since the beginning of the year – will reach 8 percent this year. An embargo on Western food and clothing imports adds to the inflationary pressure. Consumption is holding for now – but only because the fear of what’s ahead is leading to stocking up on durable goods.

What’s the central bank to do? Moving faster to an inflation-target monetary policy, as it plans to do next year, would require higher rates, after three hikes this year already. Tightening by another notch would push the economy down from stagnation to recession. The reality is that the rouble’s slide will continue as long as the government keeps scaring investors away.

The central bank of Russia said on Oct. 8 it had spent some $420 million in forex intervention on Oct. 6 to defend the rouble.

It had previously said that interventions on Oct. 3 amounted to $981 million.

A man uses a cash dispenser to receive roubles in central Moscow, September 2, 2014.

The central bank of Russia said on Oct. 8 it had spent some $420 million in forex intervention on Oct. 6 to defend the rouble.

It had previously said that interventions on Oct. 3 amounted to $981 million.