Putin the squeeze on 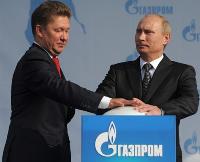 It may be tempting to view Vladimir Putin’s drive to reassert state control over Russia’s energy sector as comeuppance for the oligarchs who benefited from the looting of the country’s natural resources in the 1990s. But restructuring the industry around two national champions, Gazprom and Rosneft, is ultimately bad for competition. International oil companies may benefit from greater opportunities to bring their expertise to Russia, but investors ogling opportunities in the shifting landscape should apply a hefty Kremlin discount.

Assimilation is proceeding rapidly, led by Rosneft. The state-controlled group will become the world’s largest listed crude producer once it completes its proposed $55 billion acquisition of TNK-BP – the country’s third-biggest oil company – from UK-based BP and a gaggle of billionaire oligarchs. Last week Rosneft scored a coup in the gas market, hardly its traditional stronghold, when it beat Gazprom’s smaller rival Novatek to an $80 billion deal to supply a big Russian utility. That’s a lot of business flowing to the state. The shares of privately owned Novatek fell 8 percent on the news.

There’s a cold logic to what Putin is doing. With production at many mature Soviet-era fields topping out, Russia is looking to the offshore Arctic and other hard-to-reach places for oil and gas. Exploiting those opportunities requires international expertise. So Rosneft has hired professional managers from Western oil majors and struck exploration and development deals with the likes of Exxon, Statoil, and Eni. It has even accepted BP as a strategic investor with seats on its board, while keeping the future of Russian oil exploration firmly under Kremlin control.

But absorbing a dynamic competitor, TNK-BP, closing off offshore Arctic exploration to private companies, or maintaining export monopolies like Gazprom’s on gas, is bad for competition and could backfire on Russia. Incidentally it also directly contradicts the official mantra of Putin’s own government, headed by prime minister Dmitry Medvedev, who openly favours further privatisations in the industry.

But investors know which way the wind is blowing. Rosneft’s forward enterprise multiple has risen from 4 times to more than 5 times since July. That’s on par with U.S. super-major Exxon and a 22 percent premium to the rest of the Russian sector. That reflects Rosneft’s new ascendancy, but it arguably glosses over the risk that the Kremlin’s power grab will ultimately stifle competition.