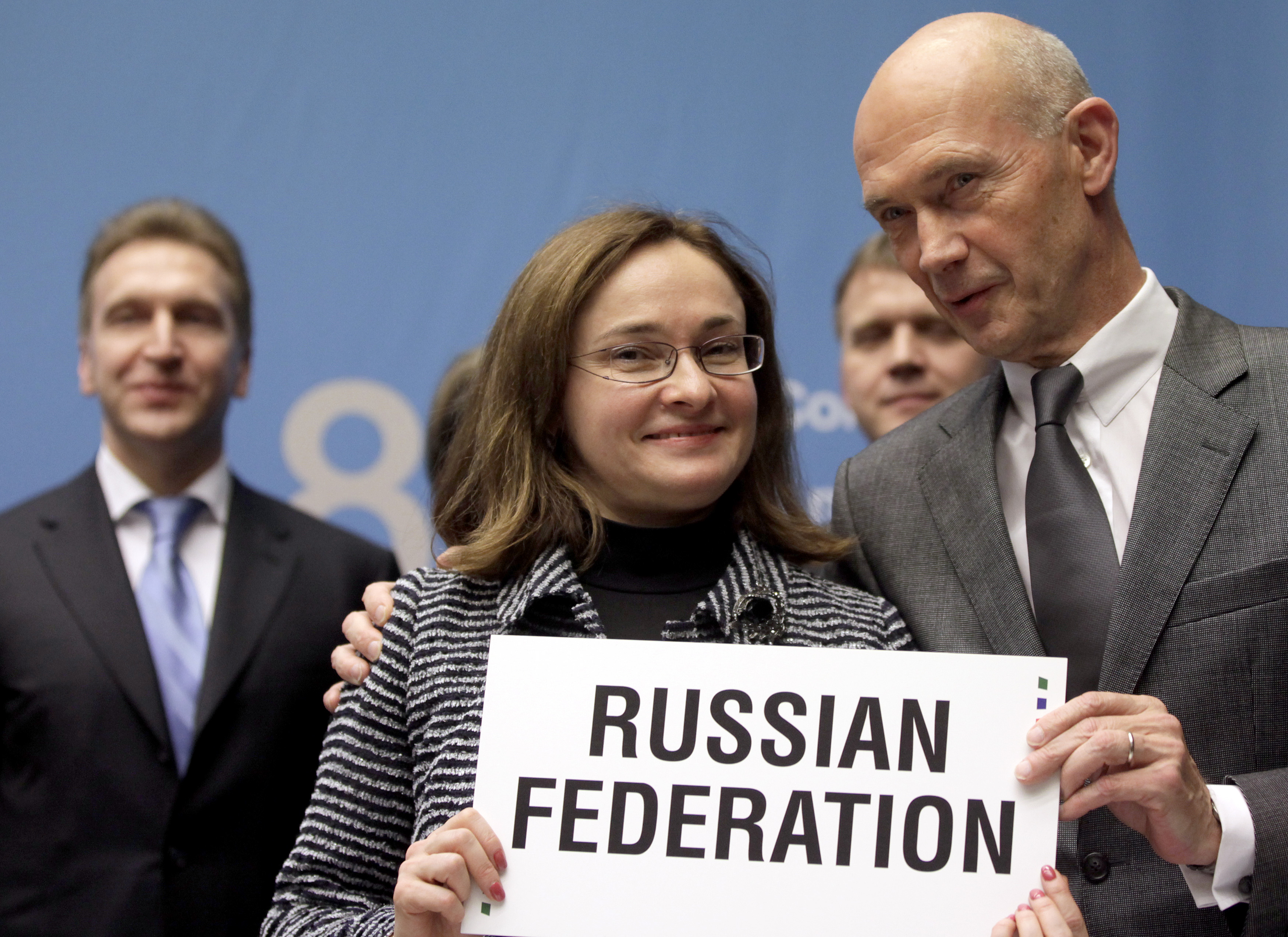 Elvira Nabiullina has the worst possible credential for the job of head of the Russian central bank: she is a close ally of Vladimir Putin. The former economy minister, currently the Russian president’s chief economic adviser, will take the new post in June. Her appointment has been greeted with some scepticism.

The Central Bank of the Russian Federation was one of the last state institutions to remain outside of Putin’s authoritarian reach. It has steered an independent course and protected the currency throughout the painful shock of 2008 and beyond. Now caution appears to be thrown to the wind, if the president’s protégée embarks on a looser monetary policy, favouring lower interest rates over a stable currency and moderate inflation.

That is the worst-case scenario. For now, Nabiullina deserves the benefit of the doubt. The central bank’s bureaucracy is disappointed that one of theirs won’t be at the helm, but that’s not reason enough to dismiss the Putin appointee’s seriousness. A source of concern is that Nabiullina’s entire education in economics dates back to the days of the Soviet Union. One may wonder about the relevance of that academic background.

Her first problem will be how to respond to calls, from Putin and others, to lower interest rates to juice up Russia’s slowing GDP growth rate. The case for loosening is weak. The IMF believes that the Russian economy is running at near-full capacity, so any monetary stimulus would translate into higher inflation. Further, the Russian central bank is unlikely to change its plans to switch to a full inflation-targeting policy by 2015. Finally, easier money could weaken the currency, and even Putin may not be foolish enough to risk a crisis of confidence in the rouble.

In Russia, as elsewhere, there will always be debates on the right monetary policy. Central bankers always claim to be following the only possible course of action. Economists and politicians like to disagree. Nabiullina in June will become a central banker first and foremost. She wouldn’t be the first to let the job define her.

President Vladimir Putin chose his chief economic adviser Elvira Nabiullina, a 49-year-old economist and former cabinet minister, to head Russia’s central bank.
Sergei Ignatyev, the current chairman of the Central Bank of the Russian Federation, is standing down in June after 11 years in the job.

President Vladimir Putin chose his chief economic adviser Elvira Nabiullina, a 49-year-old economist and former cabinet minister, to head Russia’s central bank.
Sergei Ignatyev, the current chairman of the Central Bank of the Russian Federation, is standing down in June after 11 years in the job.