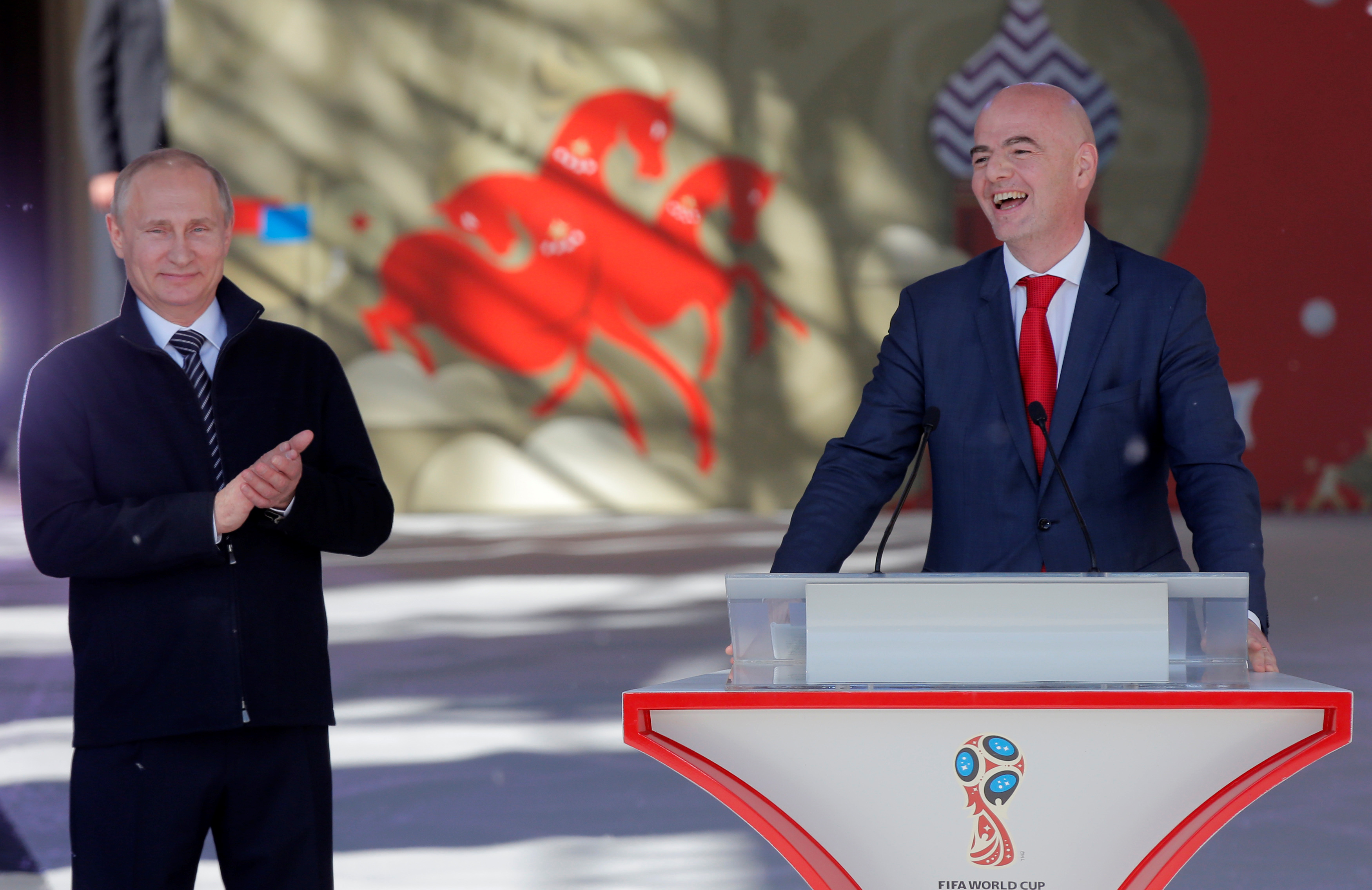 Moscow is wrestling with the cost of the 2018 soccer fest. The trick with the World Cup and the Olympics is to use private funds and focus on regeneration. Russia’s ill-fated 2014 Winter Olympics implies it has yet to work this out.

Russia’s Finance Ministry has proposed slashing the defence budget by 6 percent and also the state media budget, as the country struggles with a continued recession.

The World Cup is scheduled to take place between June 14 and July 15, 2018 at 12 stadiums in 11 Russian cities: Moscow, St. Petersburg, Kaliningrad, Kazan, Nizhny Novgorod, Samara, Volgograd, Saransk, Rostov-on-Don, Sochi and Yekaterinburg. Six of the stadiums will be new and others require upgrading for the event.