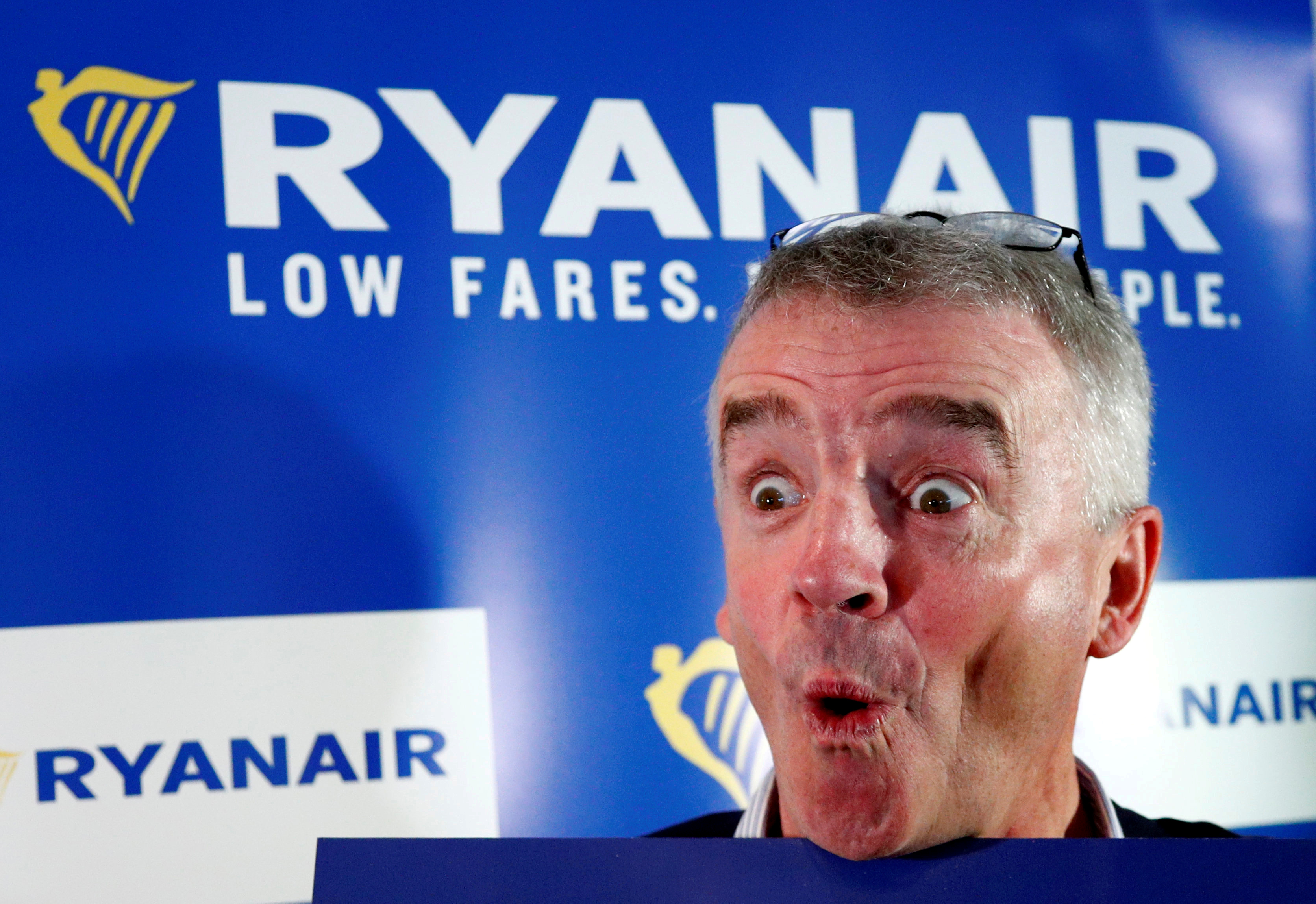 Almost half the budget airline’s shareholders voted against a package that could see CEO Michael O’Leary get 99 mln euros over five years. They stand to gain if he hits his targets. But given it looks relatively easy to do so they are right that it’s only barely acceptable.

Shareholders of budget airline Ryanair on Sept. 19 narrowly approved Chief Executive Michael O’Leary’s incentive scheme, a package worth as much as much 99 million euros over five years.

O’Leary would receive the maximum payout if the company achieves net profit of 2 billion euros or its share price exceeds 21 euros over five years from April 2019 when the new contract began.

The motion received only 50.5% of the votes, a significant protest from shareholders. A quarter of investors also voted against the re-election of Chairman David Bonderman who is due to step down next summer.