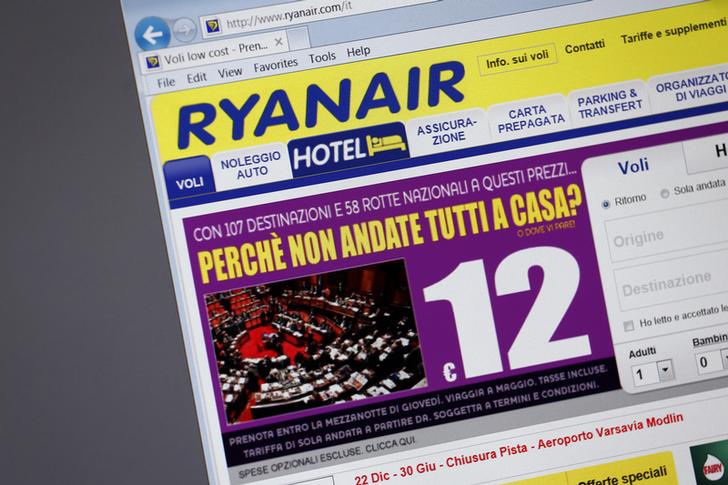 A Ryanair advertisement depicting the Italian Chamber of Deputies and the message "Why do not you all go home? Or wherever you like.", is pictured on a laptop in Milan April 3, 2013.

Shares of Ryanair fell more than 5 percent in early trading on Feb. 2 after it warned that profit growth would be modest next year as rivals’ cheaper fuel pushes fares down. The Dublin-based low-cost carrier will only benefit slightly from lower jet fuel costs this year as it has hedged 90 percent of March 2016 fuel needs at $92 per barrel, about double the current price after benchmark Brent crude plummeted in recent months.

In the three months to December, Ryanair earned 49 million euros after tax, compared to a 35 million euro loss a year earlier.