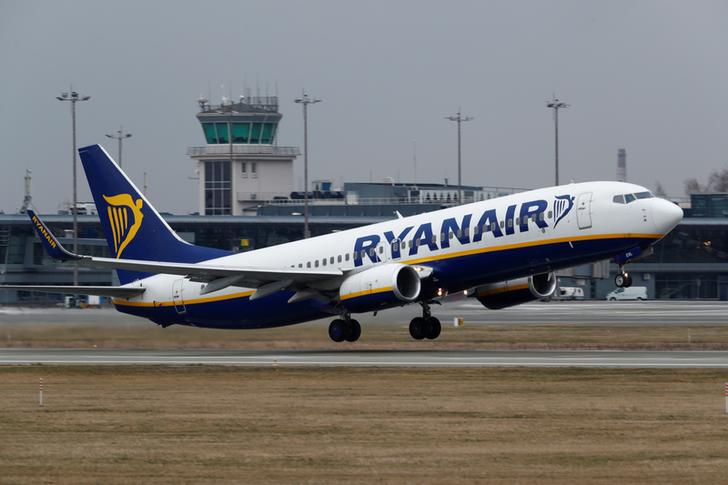 CEO Michael O’Leary is focusing on preserving cash and cut staff costs by 77% in the first quarter. Competitors that have more unionised employees can’t tighten their belts as much. Another big wave of infections would be even worse for them than the 11 bln euro budget carrier.

Ryanair Boeing 737-8AS plane takes off before all international flights will be cancelled on Monday midnight, March 16, as a preventive measure against the coronavirus disease (COVID-19) in Riga, Latvia March 16, 2020.

Ryanair on July 27 reported a post-tax loss of 185 million euros for the three months to June 30, the first time Europe’s largest low-cost airline has reported a loss in the first quarter of its fiscal year.

Analysts had expected a loss of 232 million euros, according to a poll provided by the company.

The company said the quarter, in which passenger numbers were down by around 99% from a year earlier, was the most challenging in its 35-year history. Revenue was down 95% to 125 million euros while costs were down by 85% from the same period a year ago, it said.

European airline shares fell on July 27, the first trading day after Britain imposed a two-week travel quarantine on travellers returning from Spain. EasyJet shares were down nearly 11% and British Airways owner IAG’s stock price was down over 9%. Ryanair shares were down 7.9% at 10.04 euros by 0750 GMT on July 27.