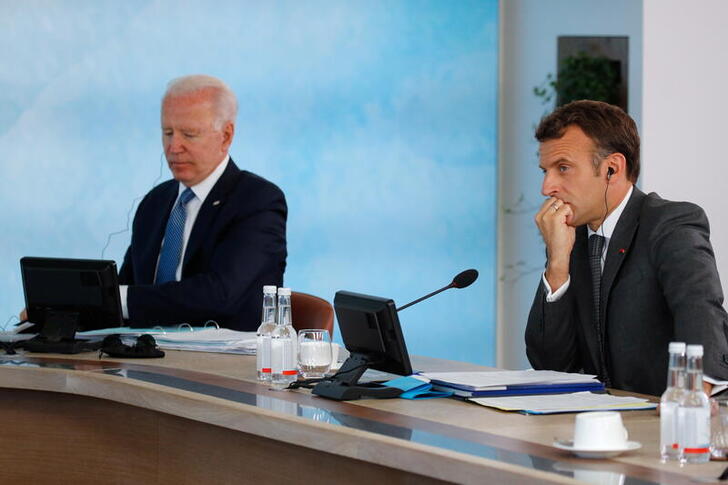 French cries. It’s never nice to lose a deal. A new security partnership between the United States, Britain and Australia for the Indo-Pacific means that has now happened to France: A $40 billion deal to build submarines for the Aussies has been scrapped in favor of nuclear-powered technology from America and the UK.

French Foreign Minister Jean-Yves Le Drian said it was a stab in the back and accused U.S. President Joe Biden of behaving like his unpredictable predecessor, Donald Trump. He’s right in that there’s bipartisan antipathy towards Beijing in Washington. A tougher, less inclusive security stance is part of that. Unlike Trump, though, Biden is a multilateralist on global issues like climate change. He’s also likely to mollify allies like France and the European Union overall on, say, trade. While it’s also possible to read Brexit into the new security partnership, it’s only a tweak to the prevailing world order.

U.S. companies such as General Dynamics may benefit at the expense of French ones like Naval Group. But Gallic critics had better hope they are overstating the extent to which Biden is channeling Trump. (By Richard Beales)

Brace! Michael O’Leary is cranking up the mind-games. A week after easyJet asked shareholders for 1.2 billion pounds to bolster its balance sheet and revealed a spurned takeover approach, the chief executive of arch-rival Ryanair is laying out his plans for domination of Europe’s skies. The Irishman on Thursday raised his long-term passenger forecasts by 12.5%, predicting 225 million “guests” a year by 2026, compared to 149 million in the year before the pandemic. Citi analysts reckon that will take Ryanair’s market share to 20% from 13% two years ago.

That puts the spotlight on 5 billion euro easyJet and slightly larger rival Wizz Air, widely reported to be easyJet’s mystery suitor. With Ryanair on a charge, there’s more pressure on the pair to join forces. That might even be to O’Leary’s advantage. Wizz’s ultra-low-cost model is at odds with easyJet’s slightly plusher offering. A merger could make Wizz less efficient, or at least cause CEO Jozsef Varadi to take his eye off the ball. (By Ed Cropley)