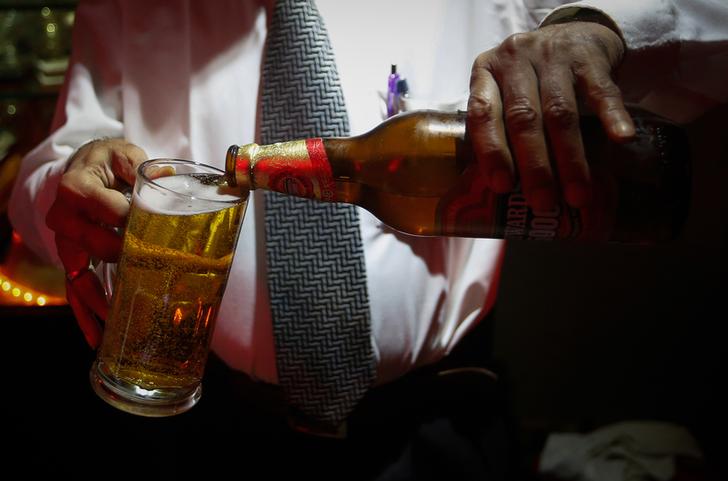 If there was any doubt about SABMiller’s interest in soft drinks, the brewer’s tie-up with Coca-Cola in Africa should squash them for good. SAB, Coca-Cola and privately held Gutsche Family Investments have agreed to merge bottling assets in southern and eastern Africa into a soft-drinks group with $2.9 billion of annual sales. It is a deal that ticks all the boxes for SAB.

While SAB’s homeland is South Africa, the company would benefit from better access to the emerging markets elsewhere on the continent. Around one-third of the newly established Coca-Cola Beverages Africa business will be outside SAB’s domestic market, making it a bigger player in Kenya, Uganda, Zambia and Namibia. High economic expectations of Africa have been dashed before. But the long-term opportunity is hard to dispute: African populations are rising, disposable incomes are growing, and emerging middle-class consumers are developing a taste for branded drinks.

Consolidation also brings scale economies and margin improvements that will be shared by the three owners. Synergies have not been disclosed but cost and revenue benefits are likely.

The terms look favourable to SAB too. The group is contributing 60 percent of the combined assets’ $474 million in pretax profit, but receiving only a 57 percent economic interest and a 50 percent-plus-one-share voting stake. The slight value transfer to Coca-Cola and GFI reflects a justified premium for control.

But this is really about strengthening SAB’s strategic position in soft drinks, a business that post-completion will account for a quarter of group sales, up from a fifth. Interim results earlier this month showed volumes in non-alcoholic beverages growing at 9 percent where beer volumes were down 1 percent.

Brewing may always be SAB’s core strength. The interest in rival Heineken that surfaced in September shows it retains an appetite to bulk up in beer. Still, investors can see that SAB has other priorities too. Having taken control of the world’s tenth-largest Coca-Cola bottler, it is unlikely to stop there.

A bartender pours Haywards 5000 strong beer, a product of SABMiller, into a glass at a restaurant in Mumbai August 28, 2013.

The new entity will be called Coca-Cola Beverages Africa. Pro-forma figures prepared by SABMiller indicate that it will have revenue of $2.9 billion a year, about twice the current level of the bottling business owned by the group. Pretax profit would be $474 million, where SABMiller’s unit currently makes $286 million.

Coca-Cola Beverages Africa will be 57 percent owned by SABMiller, 31.7 percent by Gutsche Family Investments and 11.3 percent by Coke. SABMiller will have 50 percent voting rights, plus one share.