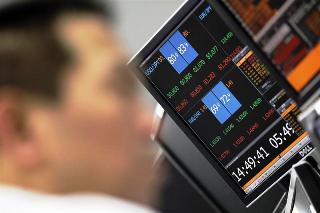 Safe-haven assets long fattened by the Federal Reserve were slaughtered in June and riskier investments fell in sympathy. Now the dollar, the euro zone and the global economy conspire against an early safe-haven recovery – and they will keep risky assets volatile too.

The main pressure on safe havens is from the recovering United States. The prospect of the Fed tapering quantitative easing and bond purchases has pushed up 10-year U.S. Treasury yields from 1.6 percent in early May to over 2.4 percent. This is highly supportive for the dollar, and the firming of the greenback influences all markets. Commodities are priced in dollars and may remain under pressure. The Thomson Reuters-Jefferies CRB commodity index fell by 7 percent in the second quarter and is down by 25 percent from its second-quarter 2011 peak. Gold is the anti-dollar. It pays no interest, and as yields and rates rise the opportunity cost of holding it is large. A fall below $1,000 per ounce seems likely later this year or early in 2014.

Europe is a more tepid source of safe-haven bashing. The euro zone is in recession but Germany is recovering and outright crisis is being avoided, with Cyprus having calmed. This is potentially bad for the Swiss franc, although currency weakness here will be welcomed domestically. The franc has slipped to 1.23 francs per euro, a little way from the 1.20 maximum from which the central bank has dragged it down. So long as Portugal’s wobbles don’t become another major blowup, the franc may continue to weaken towards 1.30 per euro as Swiss investors venture out of their fortress into a somewhat safer world. Europe’s other safety currency, the Danish Krone, is similarly vulnerable.

Finally, the relative attractions of equities will suck flows from safe havens too. A general, if weak, global recovery means stocks ought to fare better than bonds. But with Europe soft and emerging markets suddenly harmed by an outflow of liquidity, global growth isn’t strong enough to turn even equities into a one way upward bet. Still, stock-market risk looks safer than money in now perilous havens.

The U.S. dollar was near four-week highs on July 2, supported by expectations of a reduction in monetary stimulus by the U.S. Federal Reserve. The dollar index against a basket of currencies stood at 83.0, against a four-week peak of 83.3 reached on June 28.
The Australian dollar remained close to three-year lows of 0.91 U.S. cents recorded on July 1 after the central bank said the currency is still high, despite a 13 percent fall against the U.S. dollar since April.