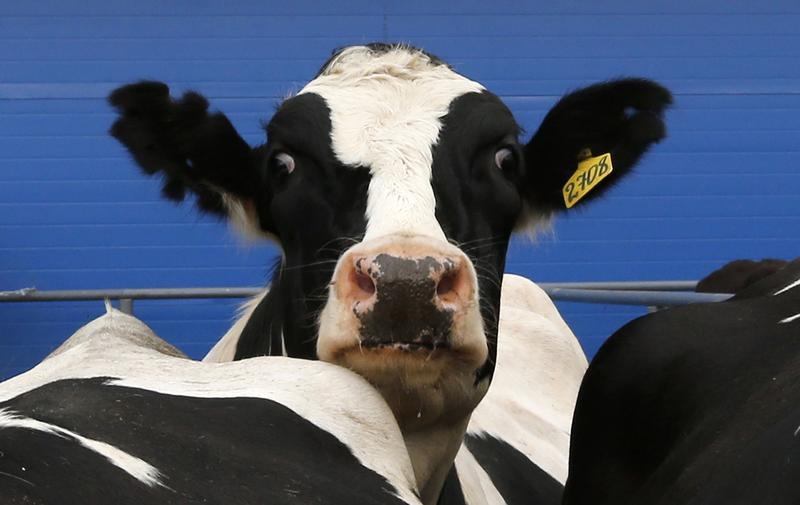 An official probe into China Modern Dairy’s sale of infected cows has knocked 6 pct off shares in the country’s largest milk maker. In a scandal-tainted industry, the company’s quality reputation allows it to charge higher prices. But customers and investors are easily spooked.

A cow looks on at a new dairy farm containing 800 animals on the day of its opening in the village of Petrovskoye in Leningrad region, some 90 km (56 miles) north of St. Petersburg, August 8, 2014.

China Modern Dairy said on Nov. 12 that it was aware of an investigation by government authorities into the group’s alleged sale of infected dairy cows.

China Modern Dairy said that the incident would not have a material effect on its financial condition or operations.