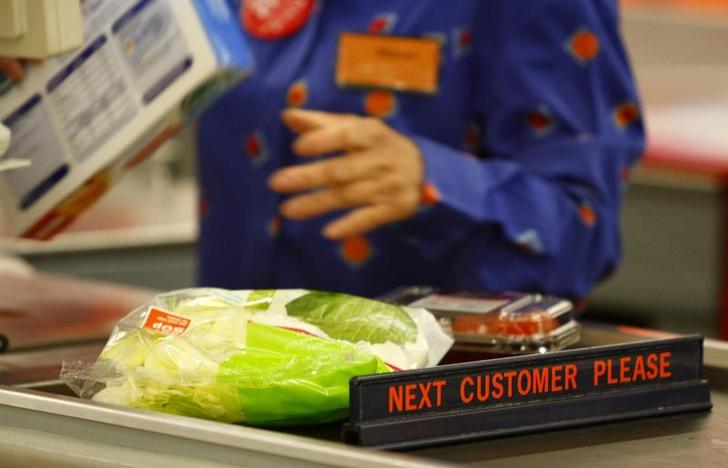 Sales at J Sainsbury have turned a corner – the UK retailer on March 15 recorded its first like-for-like quarterly revenue growth in two years. But the market is still mired in a damaging price war. A potential bid for rival Home Retail Group, which Sainsbury must decide to make or not by March 18, is a decent coping strategy – even at a higher price.

The case for buying the owner of the Argos chain is solid. Some 6 percent of Sainsbury’s space, much of it in big out-of-town stores, is less productive than it should be. Transplanting Argos high-street stores into that profitability twilight zone should help boost sales per square foot and create savings with a net present value of 900 million pounds.

Sainsbury investors keep 88 percent of that under the terms of the offer – leaving them roughly 200 million pounds better off than they were before the bid was outed, based on their own market capitalisation on Jan. 4. In theory, they could pay that amount out to Home Retail investors, implying a notional per-share offer of 1.90 pounds, without destroying value. If synergies are higher, which is highly likely, the deal will still be a positive.

What happened next would depend on Steinhoff. Beyond 1.90 pounds, Sainsbury would need to do more convincing. Walk away, and it needs to find a plan for that excess space. Either way it has room to go one more round.

A worker scans items at the checkout at a branch of British supermarket Sainsbury's in Manchester.

Food prices are broadly declining in the UK, owing to a price war between major retailers. But sales of Sainsbury’s non-food ranges like clothing and entertainment grew, up 10 percent and 11 percent respectively, year-on-year.

Sainsbury has until March 18 to firm up its offer to merge with Home Retail Group, the owner of the Argos general retail chain in the UK. Its offer, which is made up of both cash and shares, was worth 1.73 pounds per share as of the market close on March 14, a 74 percent premium to Home Retail’s undisturbed share price on Jan. 4.

South African retail conglomerate Steinhoff is also considering a bid that would value Home Retail at 1.75 pounds per share in cash.