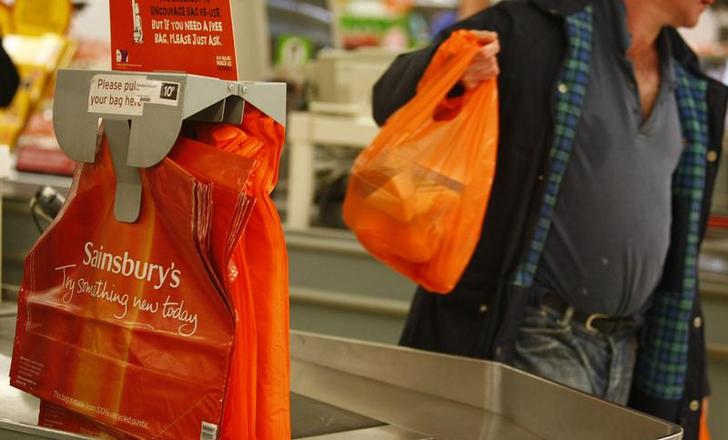 The UK grocer is taking a 628 mln stg charge on some stores and projects. That’s tiny on an estate worth 12 bln stg. But it recognises reality: eking profit from old-style shops is getting harder. Bigger steps may be taken on property values across the sector, notably at Tesco.

A shopper leaves the checkout at a branch of British supermarket Sainsbury's in Manchester, northern England

UK grocer J Sainsbury said it was taking a charge of 628 million pounds ($996 million) after cancelling some store openings and reassessing the value of some poorly profitable or loss-making shops. The impairment pushed the group to a pretax loss of 290 million pounds in the 28 weeks to Sept. 27.

Sainsbury said its full-year dividend was “likely to be lower than last year, given our expected profitability.”

The group will pay a five pence interim dividend, the same as in 2013. It added that it would fix the annual payout at two times underlying earnings per share.

Underlying pretax profit fell 6.3 percent to 375 million pounds ($597 million) in the period. The figure excludes the impact of property disposals and valuation changes, goodwill impairments, pension and other financial adjustments.