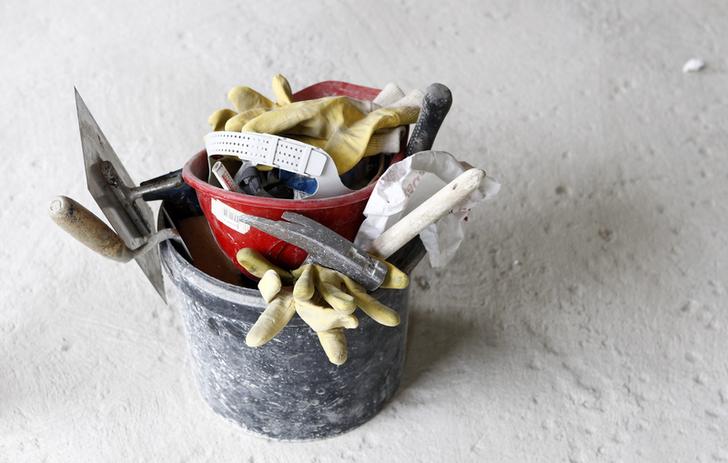 Saint-Gobain’s cunning deal to take over Swiss peer Sika on the cheap looks too clever by half. The French materials group is to pay 2.75 billion Swiss francs ($2.8 billion) for a minority holding which confers control over its Baar-based rival – a company recently worth 8.4 billion Swiss francs. The unhappy reaction of both groups’ shares correctly reflects the high chance that business damage will follow.

Sika is currently controlled by the Burkard family, whose 16.1 percent holding carries 52.4 percent of the voting rights. That arrangement works well enough for a quasi-passive family stake. Saint-Gobain, with sizeable potential conflicts of interest, is different. It will be hard for Sika’s board to ensure Saint-Gobain does not favour itself over other Sika shareholders.

Such are their worries about life under Saint-Gobain that Sika’s executive management team and all of its unconflicted directors have pledged to quit if the transaction completes. For them, the robust response may be both self-interested (their jobs face elimination) and honorable (they are sticking up for investors).

For Saint-Gobain, it changes everything. Sika will not help get the deal through anti-trust regulators. Post-completion, industrial relations promise to be toxic. Sika could be damaged goods. No wonder its shares fell 19 percent, wiping 1.6 billion Swiss francs off its market value. Or that Saint-Gobain’s were down 6.7 percent – a 1.4 billion euro ($1.7 billion) hit.

The price of the Burkard stake was set by auction, says a person familiar with the situation. It looks like Saint-Gobain miscalculated its winning bid.

A wiser option might have been to offer ordinary shareholders a small premium, say 10 percent, to compensate for the change of control. There is no legal requirement to do so, but there would be significant value to Saint-Gobain in buying co-operation from Sika management. However, a full offer on those terms – an overall premium of 25 percent – would turn the deal into a 10.4 billion Swiss franc transaction, with a premium of 2.1 billion Swiss francs. Saint-Gobain’s projected annual synergies of 180 million euros, due in 2019, would not cover that.

As it is, the market has rightly concluded that Saint-Gobain’s chosen approach destroys even more value – apart from for the Burkards.

French materials group Saint-Gobain triggered a furious backlash from Sika after agreeing to buy a 16.1 percent stake that would have secured control over the Swiss chemicals company.

Sika’s management and unconflicted directors threatened to resign if the deal went ahead. The stake, owned by the Burkard family, carries 52.4 percent of the voting rights.

“The Board and Group Management do not support the change of control of Sika to Saint-Gobain. The Board neither sees the industrial logic in the transaction, nor significant synergies for Sika. Furthermore, the Board and the Group Management believe that shareholder value would be impaired as Sika in the planned set-up would not be able to continue its successful growth strategy,” Sika said.

“The intended transaction would bring a fundamental change. Unlike the family, Saint-Gobain is an industrial investor and numerous conflicts to the detriment of the public shareholders could arise. The non-conflicted Board members and the Group Management each independently have come to the conclusion that if the transaction materializes they are no longer in a position to serve in the best interest of the company and all its stakeholders. They have therefore decided to resign following closing of the transaction.”

Saint-Gobain said the transaction was subject to regulatory clearance and would complete in the second half of 2015 at the latest, and generate synergies of 180 million euros ($221 million) by 2019.