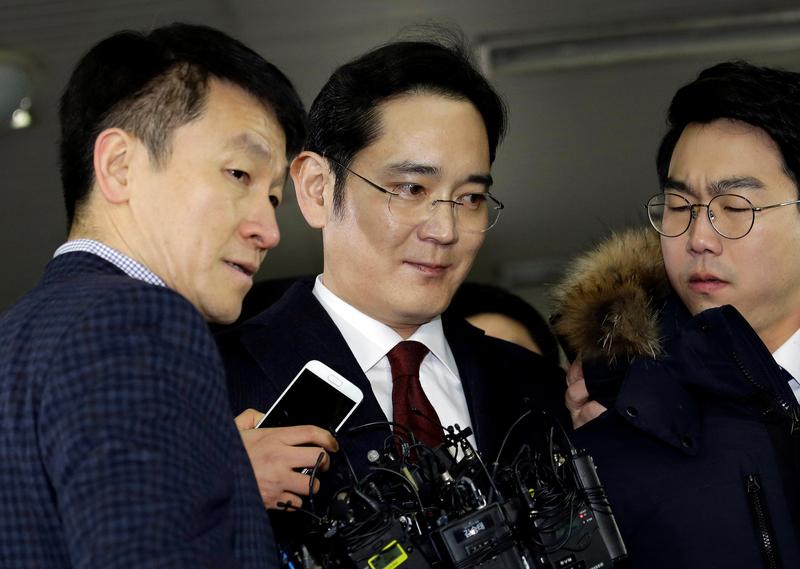 Prosecutors are seeking an arrest warrant for heir Jay Y. Lee. It could disrupt a long-running succession plan for South Korea’s biggest group. By rattling a conglomerate that drives national fortunes, Seoul raises hopes that real corporate reform could come thick and fast.

FILE PHOTO: Jay Y. Lee, center, vice chairman of Samsung Electronics, arrives to be questioned as a suspect in bribery case in the influence-peddling scandal that led to the president's impeachment at the office of the independent counsel in Seoul, South Korea, Thursday, Jan. 12, 2017. REUTERS/Ahn Young-joon/Pool/FIle photo - RTSVKGT

South Korea's special prosecutors' office said Jan. 16 that it was seeking a warrant to arrest the head of Samsung Group, accusing him of paying multimillion-dollar bribes to a friend of President Park Geun-hye.

The special prosecutors' office accused Lee of paying bribes totalling 43 billion won ($36.4 million) to Choi Soon-sil, Park's friend who is a central figure in the scandal.

Lee was also accused of embezzlement and perjury in the prosecution's application for an arrest warrant. He became the de facto head of the Samsung Group after his father, Lee Kun-hee, suffered a heart attack in 2014.

Seoul's central district court will hold a hearing on Jan. 18 to decide whether to approve the warrant.

"It is difficult to understand the special prosecution's decision," Samsung Group said in an email statement to Reuters.