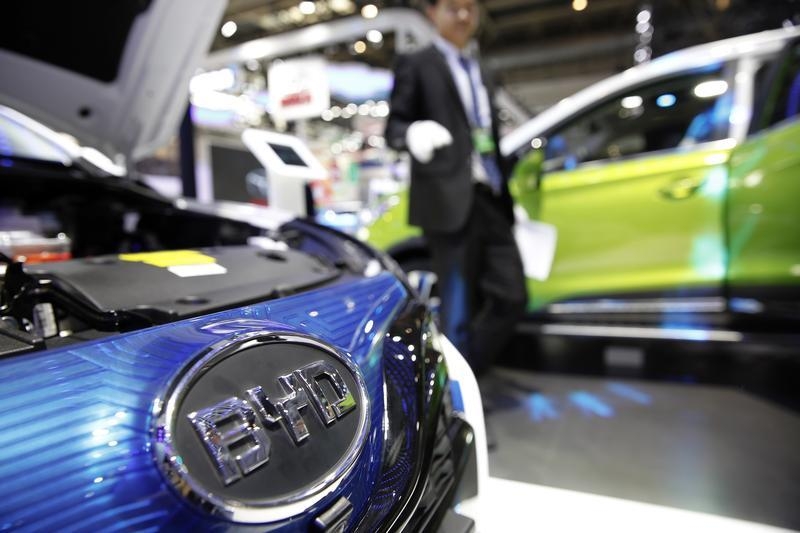 Samsung appears to be trying to jumpstart its electric car ambitions in China. The South Korean conglomerate is in talks to buy a stake in Tesla’s $20 billion Shenzhen-listed rival through its flagship smartphone-to-chips maker Samsung Electronics. Forging closer ties with automaker BYD may smooth relations with Beijing after the South Korean giant hit regulatory setbacks in the People’s Republic this year – and may ensure the cash-rich group gets its share of China’s turbo-charged electric car market.

The $210 billion tech giant says the tie-up will focus on supplying chips for BYD’s electric vehicles. This may help the electronics group make a push into the auto semiconductor market, which it announced plans to enter barely six months ago. But sales of auto chips amounted to barely 10 percent of the $347 billion global semiconductor market last year, according to IHS.

The bigger prize for the South Korean conglomerate may be in high-tech batteries. Currently, Samsung SDI, a separate listed company 20 percent owned by Samsung Electronics, is the world’s second largest battery maker after Tesla’s exclusive supplier Panasonic. With Beijing targeting five million electric vehicles on the road by 2020, China is on track to become the world’s largest market for such vehicles, and by extension, the most important for batteries.

But the $6.6 billion SDI has good reason to worry about its future in China. Early this year, local regulators banned electric buses from using nickel-maganese-colbalt-based batteries – made by SDI and other foreign companies – on safety grounds. The ban gives domestic groups, including BYD, an upper hand since Chinese battery makers rely on different types.

What’s more, SDI and compatriot LG Chem have also failed to win special status that would allow Chinese carmakers using their batteries to qualify for state subsidies. Analysts at Bernstein reckon some 600 billion won ($530 million) of SDI sales are at stake this year – roughly 10 percent of the company’s top line — if the two issues are not resolved.

Samsung Electronics denies that its BYD investment would include a deal on battery supply but it certainly won’t hurt the South Korean group to have a stake in China’s raciest electric car maker.

South Korean electronics giant Samsung Electronics said on July 15 that it had agreed to acquire a stake in Chinese automaker BYD to enhance its electric car parts and smartphone component business.

Samsung Electronics said the amount had not been finalized and downplayed expectations that the partnership could enable affiliate Samsung SDI to supply electric vehicle batteries to BYD.

Samsung Electronics owned 19.6 percent of Samsung SDI as of March 31, according to Eikon.