The chips are not down 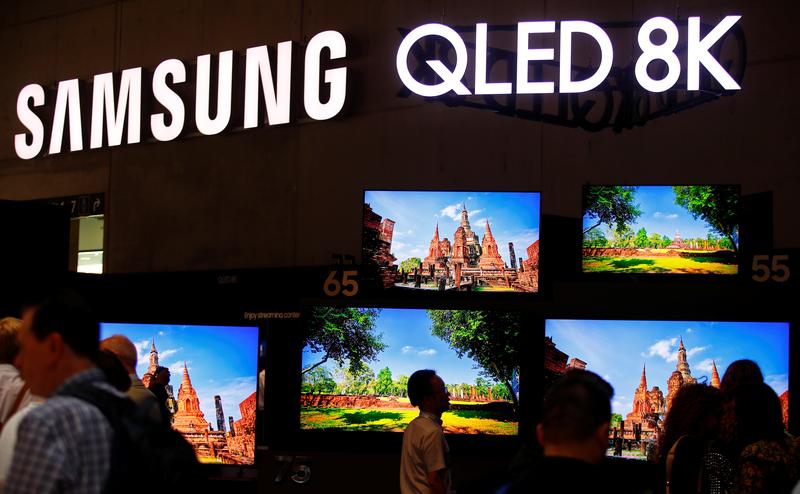 A surge in remote working activity lifted demand for chips used in data centres. That helped first-quarter operating profit rise 3% from a year earlier and offset the pain of lower smartphone sales. The South Korean giant is benefiting from the all-pervasiveness of semiconductors.

People stand in front of the QLED 8K screens at the hall of Samsung at the IFA consumer tech fair in Berlin, Germany, September 6, 2019. REUTERS/Hannibal Hanschke

South Korea’s Samsung Electronics on April 7 said it expects revenue in the three months to March of 55 trillion won ($45 billion), an increase of 5% from the same period last year. Operating profit likely rose 3% year on year to 6.4 trillion won.

The company is expected to report detailed financial results for the March quarter at the end of April.