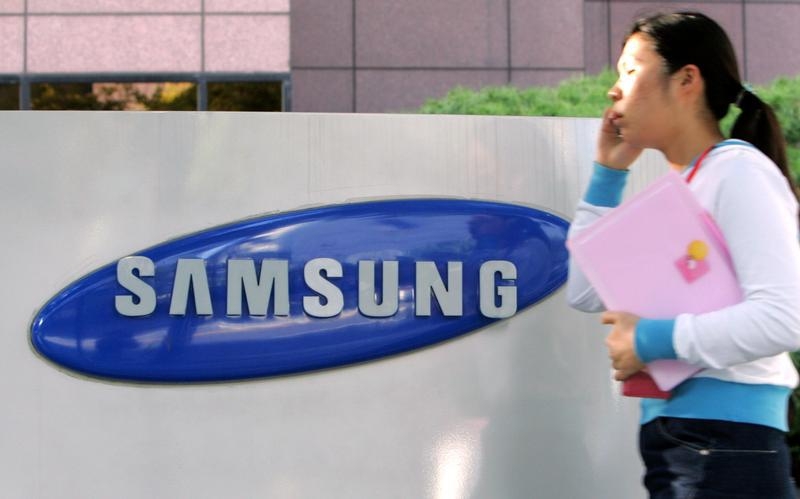 Samsung is offering the ultimate ringside seat for its big restructuring. As the South Korean conglomerate reshuffles assets ahead of a transfer of power within the controlling Lee family, the initial public offering of its de facto holding company is drawing interest. Cheil Industries is an odd mishmash of assets. Yet for investors, the $1.4 billion IPO is a way to get up close and personal with the group’s heir apparent.

Patriarch Lee Kun-hee’s ill health has triggered a flurry of activity within Samsung’s 70-plus companies. These include the disposal of stakes in defence firm Samsung Techwin and three other units for $1.7 billion, announced on Nov. 26. The top objectives are funding the $6 billion tax bill Lee’s children could face if they inherit their father’s shareholdings, and tightening the family’s grip on key assets. Cheil, formerly called Samsung Everland, is one of the few companies where the children own a sizeable direct interest.

The IPO values Cheil at $5.5 billion at the top end of the price range. That doesn’t factor in the potential value of making better use of the group’s land bank. After the listing, Lee’s children – including heir apparent Jay Y. Lee – will own 45.1 percent of Cheil and control the business through stakes held by Samsung affiliates.

Cheil’s appeal to outside investors is far from obvious. The mini-conglomerate has an unattractive mix of businesses from fashion and food to theme parks. However, it also offers exposure to the conglomerate’s crown jewels. Cheil’s 19.3 percent stake in Samsung Life Insurance accounts for at least three-quarters of the company’s post-IPO value. Samsung Life in turn owns 7.6 percent of Samsung Electronics.

Investors can already buy into these listed companies. But they are betting the family will do whatever it can to boost the value of Cheil, for example by acquiring other Samsung businesses on favourable terms. CLSA says targets could include builder Samsung C&T, which owns a further 4 percent stake in Samsung Electronics. Shares in IT services group Samsung SDS have soared to a sky-high 58 times forecast earnings following their debut this month because investors expect the family will seek to boost the value of its shareholding ahead of a potential exit. Cheil is even more important.

South Korea’s Cheil Industries, the de facto holding company of the Samsung Group conglomerate, will list shares worth up to $1.37 billion in its upcoming initial public offering.

The 10 million new shares sold will raise up to $476 million which the company will use to repay outstanding debt and finance new investments.

Cheil’s employee stock ownership association will buy up to 20 percent of the shares on offer.

Selling shareholders KCC Corporation and Samsung SDI will continue to own around 16 percent of the total shares after the IPO, excluding treasury shares. A third shareholder, Samsung Card, will sell its entire shareholding in the offering.

The offering is expected to price on Dec. 5 and start trading on Dec. 18. Citi, J.P. Morgan, KDB Daewoo Securities and Woori Investment & Securities are global coordinators for the offering.